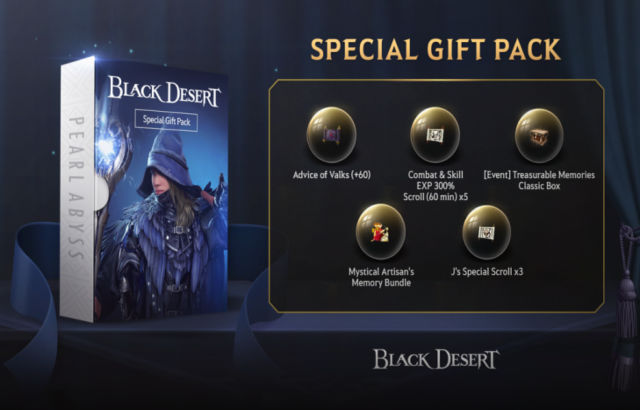 In honor of Black Desert’s 2nd anniversary on Sony PlayStation, Pearl Abyss drops free DLC for its Adventurers on both PlayStation and Xbox console.
The free DLC consists of a variety of in-game items. One of the most precious items in the package is the Treasurable Memories Classic Box.

Adventurers can open it to get a classic costume for the character they are playing. Furthermore, it contains five Combat & Skill EXP 300% that will help players to grow their characters quicker and the Advice of Valks and Mystical Artisan’s Memory Bundle items will assist adventurers in enhancing their equipment and gear. Additionally, adventurers can look forward to Js special scroll which increases item drop rate by 100%. This effect can also be stacked with other Item Collection Increase Scrolls.

The free DLC is available now on both the PlayStation store and Microsoft store until the end of September.

In addition, a host of in-game events and rewards are awaiting Black Desert adventurers and the special attendance awards are better than ever and include a Caphras Stone Bundle, Marine Romance Outfit Box, Blessing of Old Moon Pack. Special play-time challenges are rewarded with items such as Ancient Spirit Dust, High-Quality Draught Box, Golden Seal of Panto. These items can help a character to level faster and enrich the gameplay experience.