Top MMORPGS In 2018 That Could Use Fresh Start Progression Servers

Top MMORPGS In 2018 That Could Use Fresh Start Progression Servers 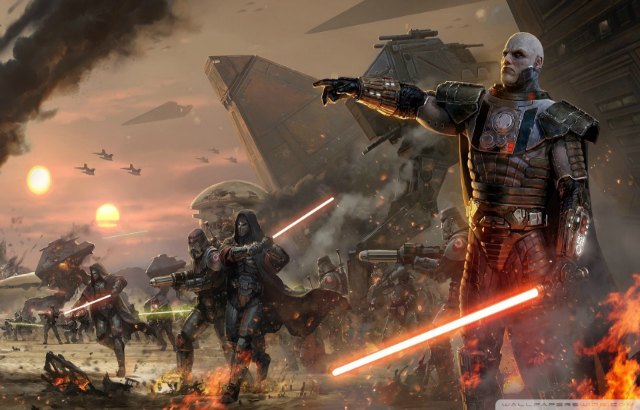 Have fresh start progression servers ever been more popular? In the last year alone, scores of MMORPGs – especially long running ones – have released new servers that roll back to the early days of its beginnings to offer players a walk down memory lane. Age of Conan has their Saga of Zath server which ends in May, ArcheAge released two new fresh start servers for both NA and EU, while RIFT has gain massive success with it’s Prime server. And let’s not forget, World of Warcraft are going to be releasing WoW Classic as well, which millions of players will no doubt jump into to experience vanilla all over again. With the hype and positivity surrounding fresh start servers in addition to the benefits it brings to classic MMORPGs, which games could use fresh start servers in 2018 to give the game and its player population a boost?

LOTRO’s version of Middle Earth has just entered its 11th year, and the game has tons of content to chew through. As a new player, you rise from nothing to become a guardian of the Fellowship, and eventually help influence the outcome of the One Ring saga from behind the scenes. Launched in 2007, LOTRO has seven expansions and a multitude of quest packs that will take a new player on average, a few months to complete before they get to level cap. Many will argue that the game has strayed from its path somewhat, having had to drop the sub model in favor of free to play. As a result, many design decisions and in-game cash shop shenanigans now exist in the game.

A fresh start progression server would be fantastic for LOTRO. New players that arrived after F2P would be able to experience what vanilla was, questing at the cap in the Shadows of Angmar era where difficulty was hard at level 50, and the focus on group content was at its peak. Not only will the nostalgia factor play a big part in bringing ex-LOTRO players back, but new players will also be curious and jump in as well, giving LOTRO some time in the MMO limelight.

Carbine Studio’s charming MMORPG Wildstar had a ton of hype surrounding its release, alas the game could not hold on to its sub only model and like LOTRO, adopted free to play. Wildstar has some seriously fun combat mechanics, but the superstars of the game are undoubtedly the world, the characters and the story, not to mention the insane housing system. Sadly, whatever population the game had is no longer there, as evident by the reduction of servers.

A fresh start progression server would be welcome for Wildstar, especially to capture former players. But it needs a reason to have one, and Wildstar currently hasn’t progress the game far enough, which means there hasn’t been a plethora of new zones, dungeons or even a new level cap since launch to justify a fresh start server. Fret not however, we have some ideas. The first of which, is to focus on the two things that used to be good, which are now in shambles. PvP and Dungeons. PvP in Wildstar used to be amazing, but it takes more than an hour to pop today. A fresh start server that focuses on PvP progression would probably gain some hype, as will a Dungeon server that offers a more streamlined and easier than usual difficulty. Both might sound horrible to some, but let’s disagree to agree that a fresh start server would be good to bring back players.

How the mighty have fallen. But don’t let SWTOR’s inclusion in this list fool you. Unlike LOTRO and Wildstar above, SWTOR has a ton of players that the former two would kill for. The problem with SWTOR however, is how Bioware and EA are slowly but surely, killing it with the slow pace of content updates and its infuriatingly increased focus on the Cartel Store, aka the cash shop. What players really want to see is new meaningful content and story for the game, especially one that fleshes out their class stories, or brings back the heart of the Star Wars saga.