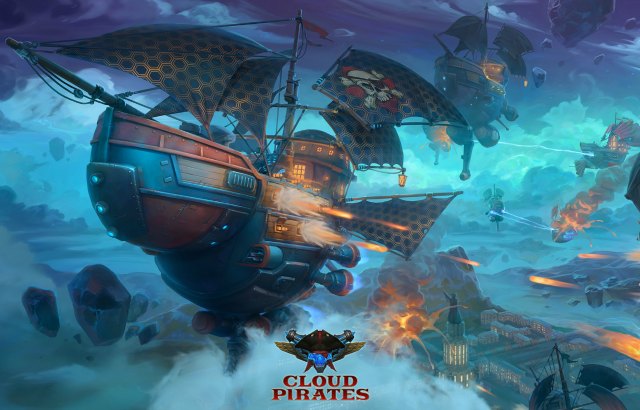 After months of beta testing, Cloud Pirates is launching today! The tactical air ship combat game is causing a stir in the MMO community. It has just enough action game play and air ship customization to make this game the “WoT” of the skies with a Pirate theme.

The brand new Stronghold Update is also live with today’s launch. Stronghold will allow players to create their own fortress. It’s a completely new and fun game mode too. Players can attack each other’s fortress in the new siege mode and there are cool rewards to earn. One of them is of course, golden cannons which can be shown off proudly in regular game modes.

Stronghold also adds new features such leaderboards and a league system. In an effort to make the game more streamlined, there are new preset combat builds too. This allows new and casual players to pick a style that suits them best and roll with it.

And to wrap up the new update, a League System and consumables during battles are also included. Overall, the game has introduced some much needed gameplay additions just in time for launch.