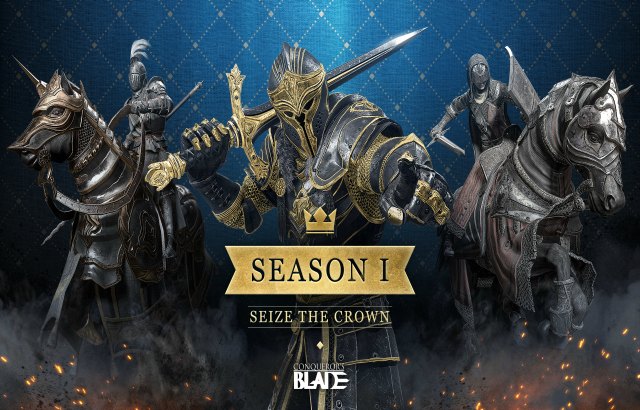 For players and fans of medieval strategy MMO Conqueror’s Blade, prepare for battle this week. My.Games has announced that the inaugural season 1 for Conqueror’s Blade, Seize the Crown, is now live in-game. Season 1 features a luxurious regal theme that influences the season’s content, and its rewards. For a limited time, players can complete new in-game challenges to earn legendary items exclusive to Season 1, including kingly cosmetics and other royal content.

The new season introduces a whole new dimension to the free-to-play tactical MMO, delivering all-out medieval madness and treasure to new players, and a full-blown cavalry charge of challenge and epic rewards for veteran warlords.

Here’s a snapshot of all the features:

Players can fight their way through a series of daring quests and challenges every week to earn Glory and progress through the Battle Pass, reaping rewards along the way!

The Battle Pass is a progression system where warlords can complete challenges to earn loot. There are 200 tiers of rewards, including chests, currency, and season-exclusive cosmetic items. Some rewards can be unlocked free of charge, but other reward tiers will require an in-game purchase of the new Battle Pass (available for 1,000 Sovereigns – 9.99 Euros or US Dollars).

This first season has a royal theme, and Booming Games are offering a king’s ransom of special regal items to earn. From epic armor to exquisite barding, these new cosmetic items are fit for a king or queen! Players can even purchase specific items from the Seasonal Store using Conquest Tokens earned through the Battle Pass.