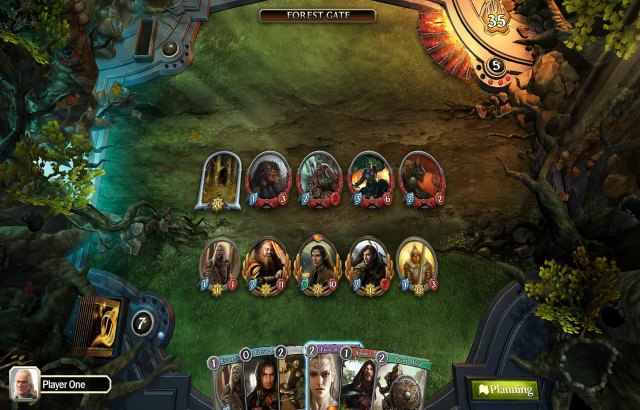 Asmodee Digital and Fantasy Flight Interactive today announced they are partnering to bring The Lord of the Rings™: The Card Game to PC, as a digitally optimized adaption of the best-selling Living Card Game from Fantasy Flight Games.

“The Lord of the Rings Living Card Game takes what fans love about the physical card game—adventure, lore, and a chance to play using powerful characters and artifacts—and adapts it for an entirely unique interactive experience on the PC,” said Tim Gerritsen, Head of Fantasy Flight Interactive. “For those unfamiliar with the card game, the digital adaptation invites players to become a part of the fantastical world J.R.R. Tolkien created and embark on new adventures.”

As a single-player experience, The Lord of the Rings Living Card Game tasks players with leading a team of three heroes through a series of narrative campaigns across Middle-earth as they face off against the dark forces of Sauron, controlled by the computer. Players will forge their own fellowships and build decks comprised of ally, event, and equipment cards to face challenges that test their willpower, knowledge, tactics and leadership. In the future, The Lord of the Rings Living Card Game will be expanded to support co-op play, allowing two players to bring their fellowships together and fight through quests side-by-side.

Check out the trailer here.