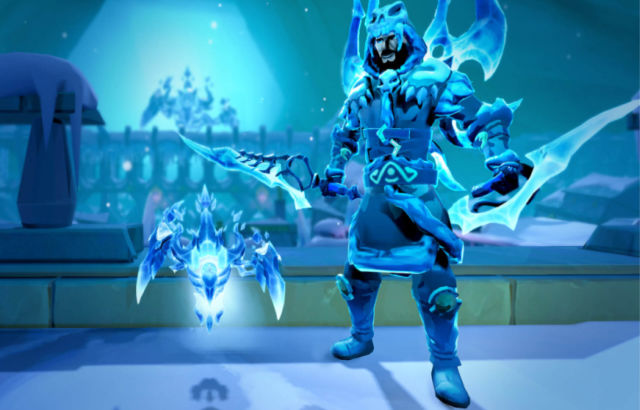 The war rages on in the next instalment of RuneScape’s epic Elder God Wars story arc – The Glacor Front, which is live in-game today. PC and mobile can unite and face the icy army of Elder God Wen and battle an Arch-Glacor – a giant, evil ice elemental – in a fully-scalable boss experience with huge rewards.

After unearthing the City of Senntisten and facing the army of Jas in the Elder God Wars already, players now venture into a part of Senntisten that has been frozen by the Wen’s army. Adversaries will hail icy spells and magic onto players, but new rewards await those who explore to the south of the city’s Cathedral, fending off the fierce Glacors and Glacytes.

A huge Arch-Glacor looms over warriors as a replayable boss capable of dropping extravagant loot, with adjustable difficulty allowing those who want an extra challenge and better drops. There are six mages controlling the five-combat mechanics available to the Arch-Glacor, and players can interact with them to decide how tough this foe will be, sitting in wait above the aqueduct of Senntisten.

To coincide with this update there is a free death week upon release, meaning that players won’t lose any money when they die against the boss during this entire week!

Updated enemy animation and graphics also arrive with this update, and players can dive into The Glacor Front from today. You can check out the trailer for The Glacor Front here: https://youtu.be/lSpm6a-XRrk.