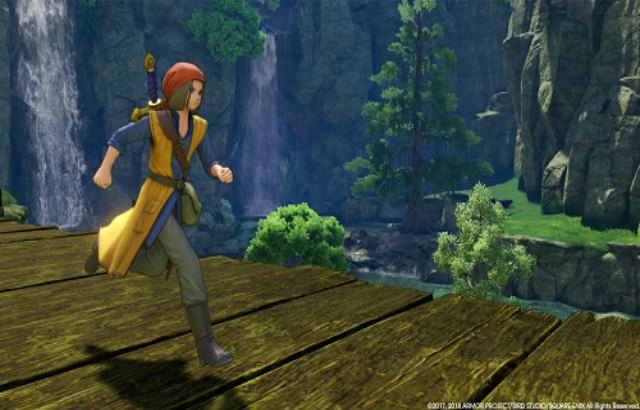 With DRAGON QUEST XI: Echoes of An Elusive Age™ scheduled for release on September 4, SQUARE ENIX announced that the Trodain Bandana and Trodain Togs from DRAGON QUEST VIII: Journey of the Cursed King will be available in all DRAGON QUEST XI players’ inventories at launch.

The special costume can be equipped to boost defensive stats in the early portion of the game. Players will also receive a recipe book, “Trodain’s Top Trends,” which details how to improve the stats of the special costume in the later stages of the game. The game will release for the PlayStation4 computer entertainment system and Steam on Sept. 4, 2018. From what we can tell about the costume, it’s dandy and players will appreciate being able to use it.

To view the costume in action, please visit: https://youtu.be/UxpplLuN43E

The highly anticipated latest entry to the beloved DRAGON QUEST video game franchise follows the adventure of a hero who must solve the mystery of his fate with the aid of a charming cast of supporting characters. The game is a completely standalone experience that features entirely new characters, a beautifully detailed world, finely tuned strategic combat, and an immersive story to amaze longtime fans and franchise newcomers alike.