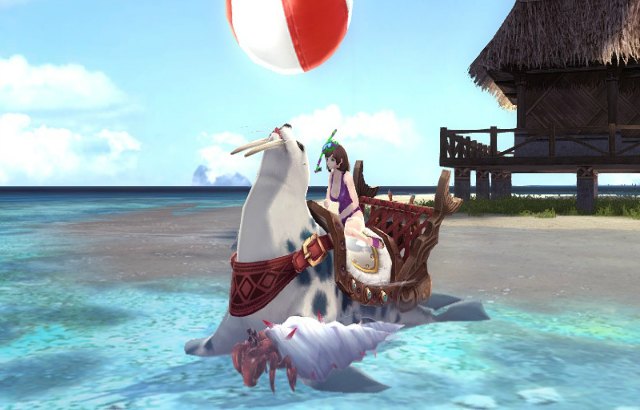 The sweet scent of sunscreen and sea salt permeates the sunny beaches of gamigo’s free to play MMORPG Echo of Soul. The game will be letting adventurers take a break from their perilous adventures and get their feet wet in the sands.

Since it wouldn’t do to show up on the beach in one’s full armor, players have to obtain appropriate beach garments before being allowed entry to the sunny island world. Summery quests await the beachgoers who can explore the magnificent “Manta Reef”, crack coconuts, have water balloon fights and much more.

Players who successfully complete a quest will be rewarded with precious coins which they can exchange for unique items. For their perfect holiday in Echo of Soul, the heroes can purchase beach-themed gear and accessories from vendors.

The latest patch not only brings the fun, but some tangible updates as well. See below for more information.

Changes in the game: