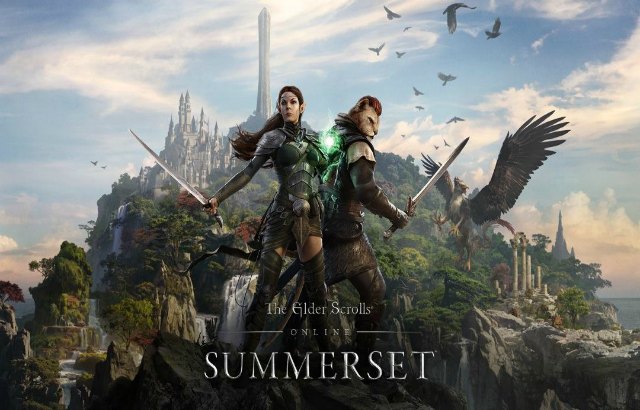 The Elder Scrolls Online will be launching it’s biggest DLC update ever in May, and here are some of the massive new changes and addition that will be coming with the update for ESO 2018. 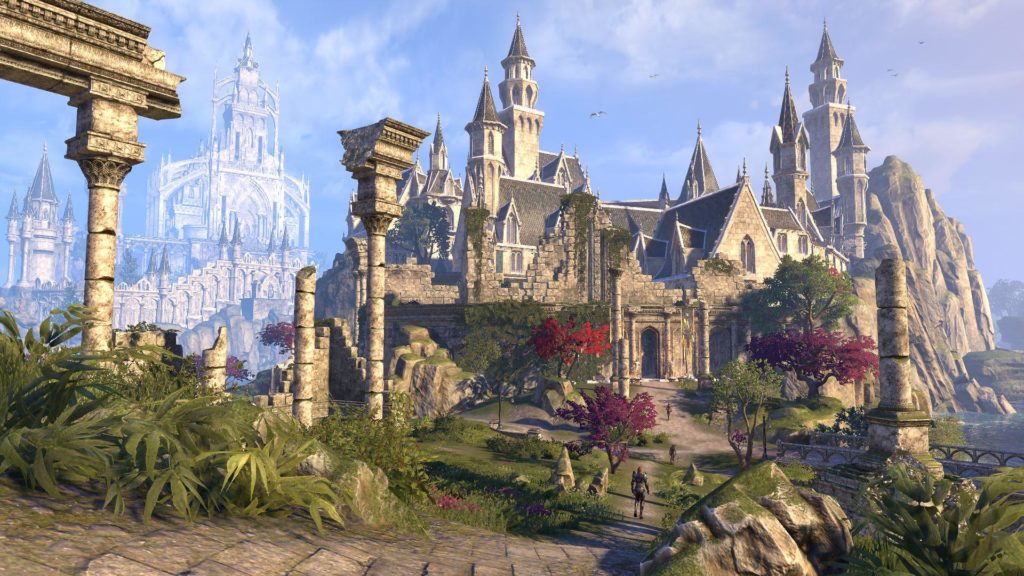 In ancient myth, when the first Elves came to Tamriel, they colonized the Summerset archipelago, including the islands of Artaeum, Auridon, and the largest of the three, Summerset. Summerset is the home of the race now known as the High Elves, but in theory all of the Elven races of Tamriel, including the Wood Elves and Dark Elves, originated from this island. When you arrive in Summerset, you’ll begin to discover exactly how the proud history of the High Elves is reflected in almost every aspect of their lives.

The island inhabitants’ reaction to the newcomers is something you’ll experience firsthand upon your arrival, and it will be clear from the very start that the resident High Elves’ opinions of the decree are quite mixed. However the locals might feel about you and your fellow outsiders, change is coming, and you’ll play a big part in that transformation as you discover what is truly going on inside the home of the High Elves. 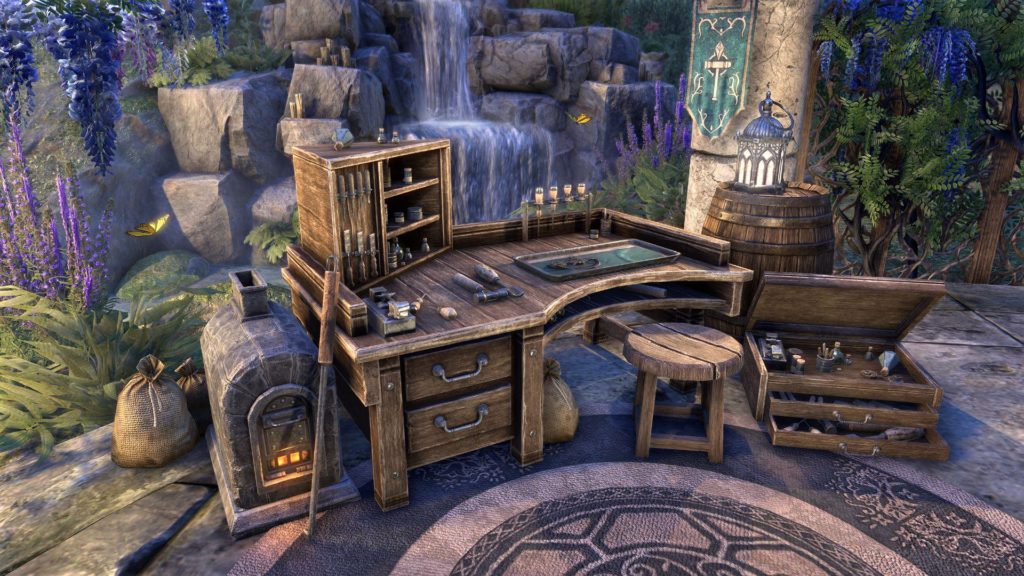 With The Elder Scrolls Online: Summerset, you can craft and improve your own rings and necklaces.Creating your own custom necklaces and rings is a very similar process to the other Crafting Skill Lines, and it should feel familiar to you if you enjoy crafting in The Elder Scrolls Online. However, in some respects, Jewelry Crafting is more complex with regards how you acquire materials and research Traits, meaning that you’ll need to put more effort into developing your craft than usual. This means that the traditional methods of acquiring legendary (gold) rings and necklaces will remain very important and become even more useful moving forward. 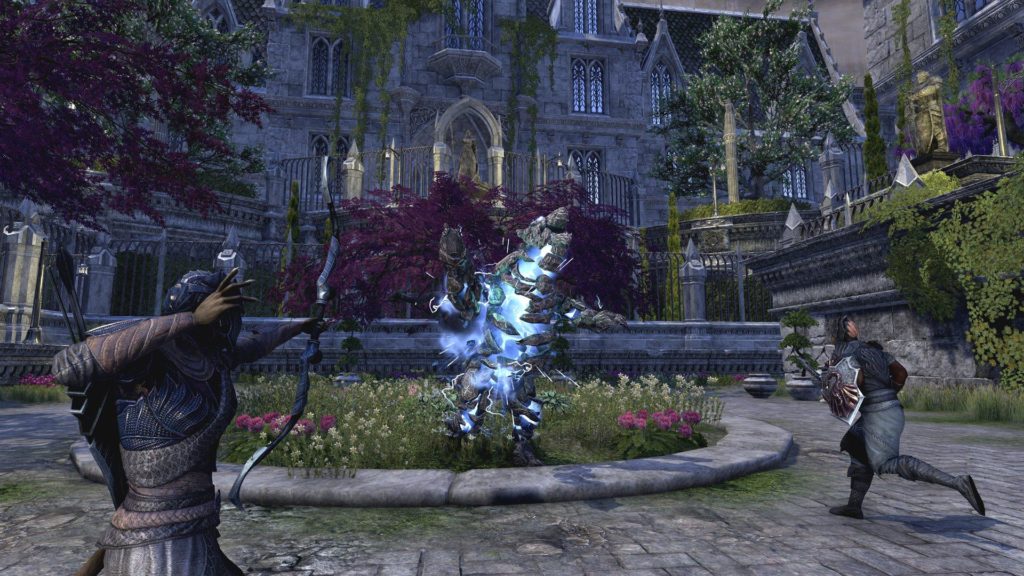 ESO is also making some significant changes to combat, items, and Abilities with Update 18. For starters, the game has changed how two-handed weapons (such as Restoration Staves, Destruction Staves, Two-handed Axes, etc.) work so that they count for two item set bonuses. This change dramatically improves the viability of two-handed weapons, and it should inspire players to express their creativity and find new ways to play.

Secondly, they’ve made broad updates to certain Abilities with the aim of improving the viability of tank and healer roles for all classes. For example, the Dragonknight’s “Ash Cloud” ability now heals you and your allies while also snaring enemies, and the Sorcerer’s “Bound Armor” ability now has an active component that improves Block Effectiveness. ESO has also updated many different Class Abilities, so if you’ve wanted to branch out and try different roles with one of your characters, take a look and give it a go.

ESO has also updated basic attacks to reinforce the idea that Light Attacks are for dealing damage and Heavy Attacks are for restoring resources. In addition to this, they also changed Light and Heavy Attacks so that they have stronger ties to your character’s Magicka and Stamina pools. This means that if you use a lot of basic attacks in your rotation, you should see a bump in your overall damage output. 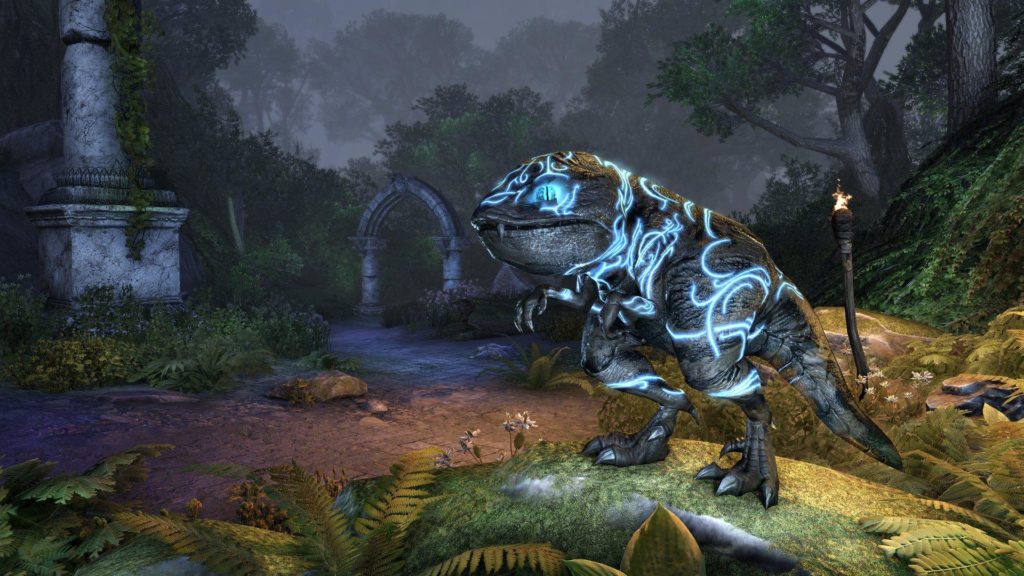 With Update 18 and Daily Rewards, you are rewarded simply by entering the game! When you log into ESO, you’ll be able to claim a unique reward that can include different currencies (such as gold or Alliance Points) and consumables, and on specific milestones you can earn special rewards such as collectibles or Crown Crates from the very latest season. The first month even includes a new Psijic Mascot Guar Calf pet.

At the start of each month, the daily rewards will reset, with the amount of rewards you can claim varying month-to-month. If you can’t log in and happen to miss a day, don’t worry, the reward days are cumulative, meaning you won’t lose progress and you can continue where you left off within the month. However, all progress does reset at the end of the month, and if you don’t have enough days left to claim all of that month’s rewards, you might miss out on some.

Update 18 also introduces the all-new Crown Store Gifting system. With this new system, you’re able to purchase and send most Crown Store items to your friends and guildmates. 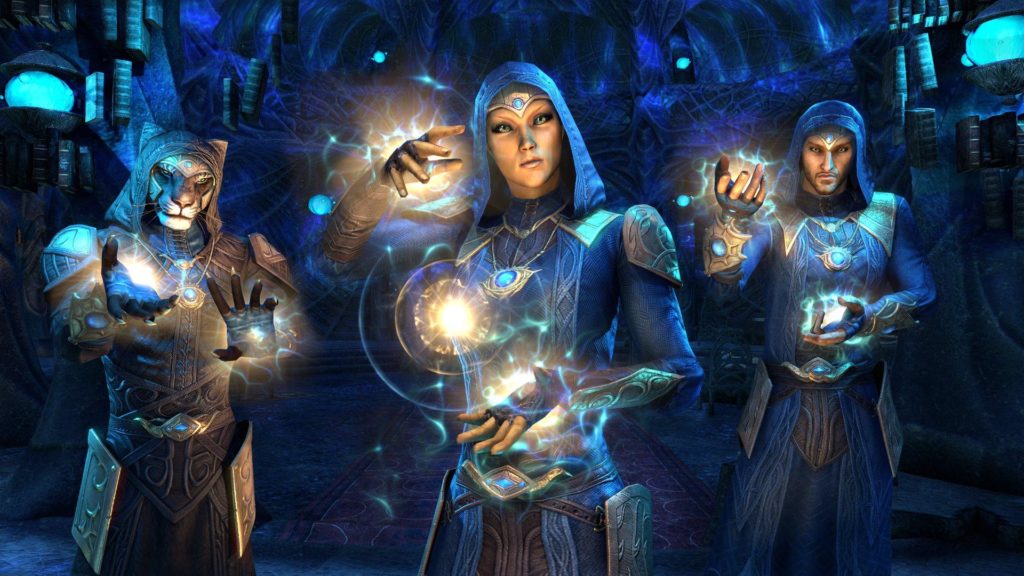 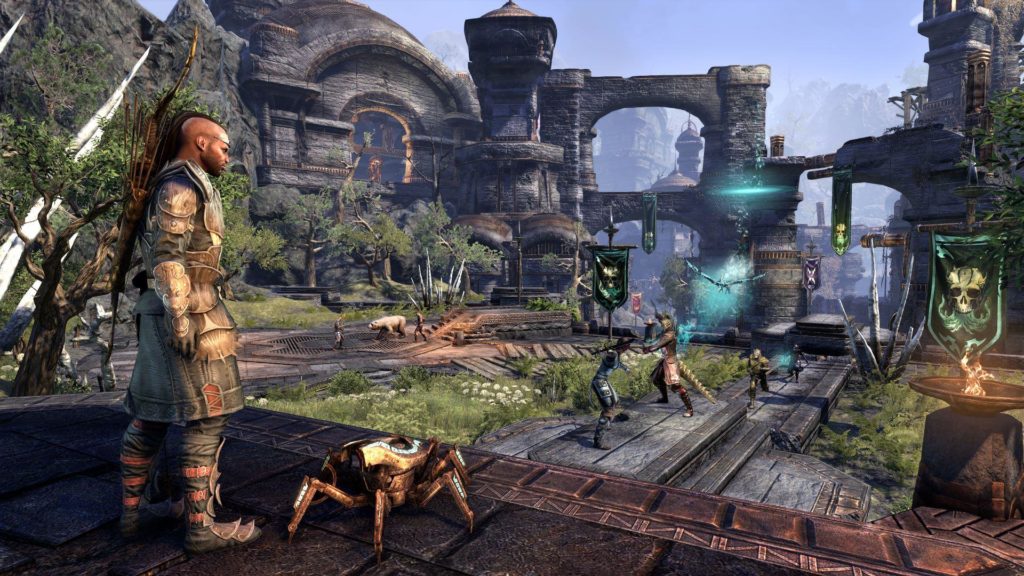 If you love the fast-paced action of the Battlegrounds, Update 18 will gives you even more reasons to take part in the 4v4v4 arena game mode. For starters, Zenimax is moving Battlegrounds to the ESO base game, meaning everybody who owns The Elder Scrolls Online will now be able to play this PvP game mode.

In addition to opening it up to all, when you queue for a random Battleground match and place first or second, you will receive a Battlemaster Rivyn’s Reward Box. These new reward boxes will always contain Soul Gems, a Transmutation geode, a PvP area style item, and a Battlegrounds set weapon. However, they also have a rare chance to include bind-on-pickup Outfit Style Pages for the brand-new Fang Lair Victor and Horned Dragon styles, too. These new styles can only be obtained from the Battlegrounds.