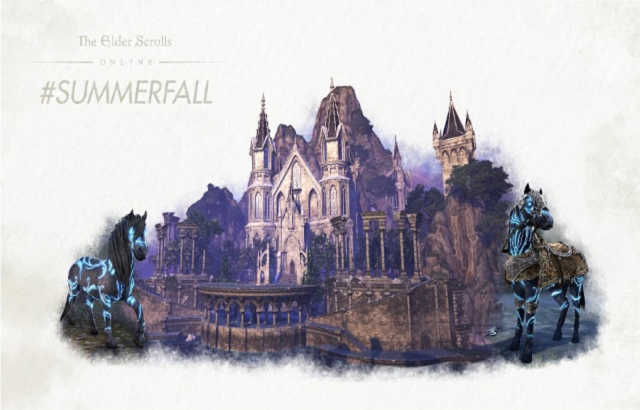 Elder Scrolls Online players, here’s what you need to now about the Summerfall event!

For players that own the Summerset Chapter for ESO, a new community-wide event is now available in game. Players must work together to achieve the Summerset Pathfinder achievement to unlock more rewards.

From Thursday, September 20 at 11:00AM EDT until Friday, September 28 at 10:00AM EDT, work together with your fellow ESO: Summerset players to explore the island and earn up to three free unique collectibles, including the Psijic Mascot Pony pet, the Psijic Escort Charger mount, and the impressive Grand Psijic Villa house.

To help unlock these new rewards, you must acquire the Summerset Pathfinder Achievement by visiting all 10 of ESO: Summerset’s “Striking Locales” located on both the home of the High Elves and the mystical island headquarters of the Psijic Order. Every day, we’ll update the Summerfall Event page to indicate the ESO community’s progress with a special meter. The pet will unlock at 33%, the mount at 66%, and finally the home at 100%. If you’ve already earned this Achievement, don’t worry, we’ve already included you in the tally.

You can track your Summerset Pathfinder Achievement progress and get tips on the locations from the Summerset section of your Achievement menu, but if you’re having trouble finding your way around, you can also find a helpful map below: 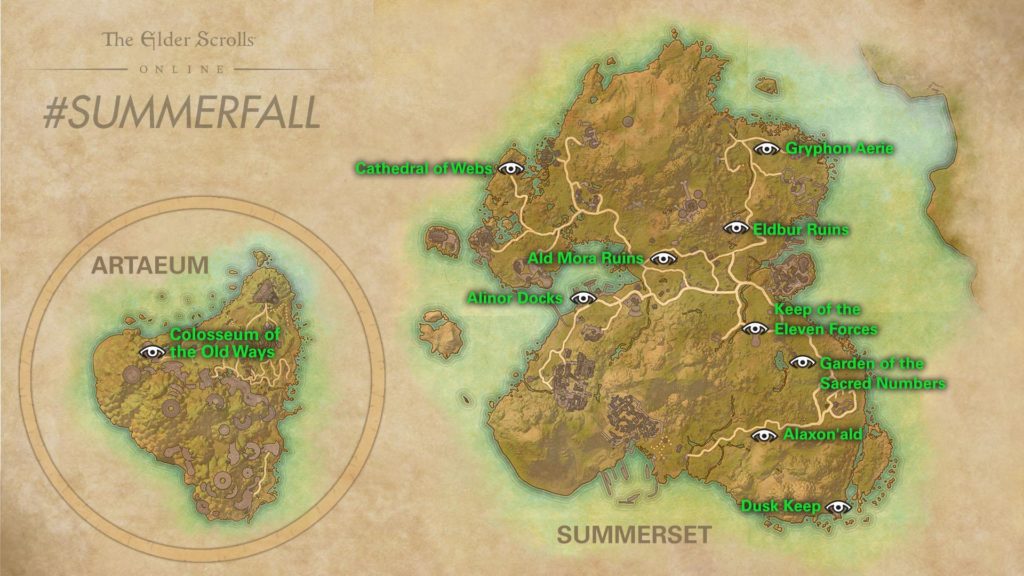 You can buy ESO: Summerset, including Standard, Upgrades, and Collector’s Editions on sale here.

The sale dates are as follows: