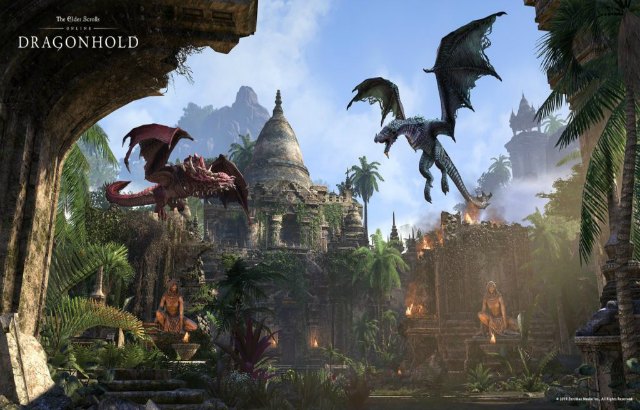 Zenimax Online Studios is gearing up to reveal the next Chapter and year-long story in The Elder Scrolls Online. In an official post today, the studio announced that there will be a big announcement happening on January 16th 2020 at the HyperX Esports Arena Las Vegas.

ESO players are invited to register for a chance to attend the event in-person. Expect to see more additional announcement regarding future content in the weeks leading up to the event. Year-long story content is the new norm for the Elder Scrolls Online. The MMORPG is just about to wrap up this year’s Season of the Dragon, consisting of 3 DLCs and 1 Chapter all following the same story narratives, characters and series of events.

Furthermore, ESO will make an appearance at next week’s 2019 Game Awards, where players can expect the final few cinematic trailers for the Season of the Dragon. With regard to next year’s story, the big debate happening on social media right now is which region in the Elder Scrolls setting are we getting next?