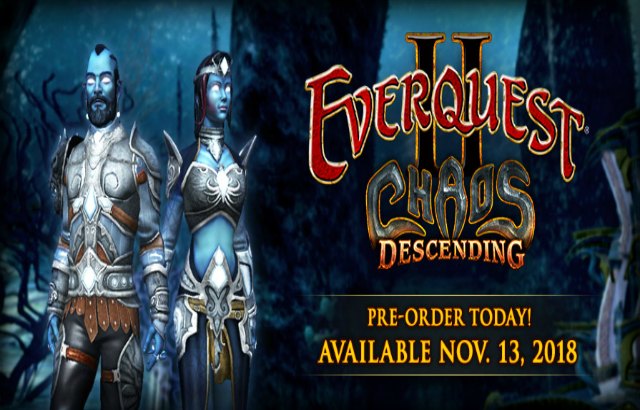 Daybreak Games has announced that Chaos Descending, the next expansion for its MMORPG EverQuest 2 is now available for pre-order. Players who do say will gain immediate Beta access to the expansion content. Chaos Descending will officially launch on Tuesday, November 13th.

There are three pre-order packages for the expansion that players can choose from. The Standard Edition comes in at $34.99, Collector’s Edition at $89.99 and Premium Edition at $139.99. All three comes with unique items, rewards and boosts.

The new features of the Chaos Descending expansion includes:

For more info, check out the official pre-order site here.