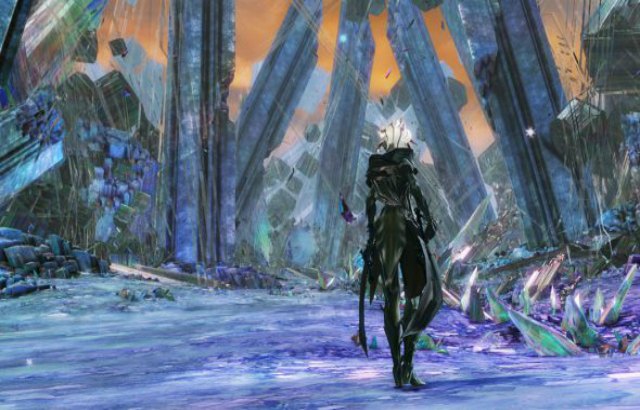 Guild Wars 2 and ArenaNet has been welcoming players new and old back to the game in a campaign over the last four weeks. Each week, the game offered an episode from its latest Living World Season 4 to players for free. This week marks the final week of the campaign, and players are in for a treat. The episode All or Nothing is now up for grabs in the Gem Store, free to claim.

All or Nothing is the most recent episode this season, and it’s jam packed with drama, action and emotion. Players are finally taking the fight to the Elder Dragon Kralkatorrik and everyone’s involved. The setting takes place in the Thunderhead Peaks, a region not seen since the first Guild Wars game a decade ago. The episode also lets you access the Siren’s Reef fractal, gives you a new mount skill, and introduces a new weapon collection themed around Dragonsblood.

Furthermore, those who want it can grab the shiny new Pharus legendary longbow. It’s one of the better looking longbows in game, but if you’re new to Guild Wars 2 it should be noted that legendaries will take some work to get.

When you’ve finished playing through the episode, catch up with your companions by reading the All or Nothing: Requiem short story series (spoilers abound).