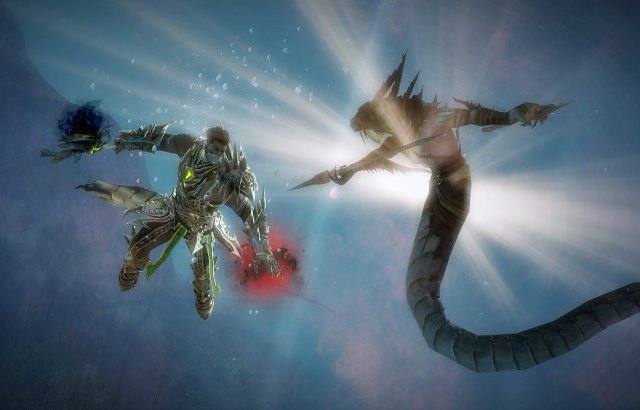 Guild Wars 2 has been updated today, bringing with it changes to underwater combat. In a detailed blog post, ArenaNet explains why this update was necessary and how it will change the deep blue sea for players.

Among the the things done is to make balance and functionality changes. Prior to the update, fighting underwater felt slower to feel realistic in a 3D space. With that in mind, here are the objectives for these changes:

Your character may still appear to move more slowly than they do out of water, but enemies shouldn’t take longer to kill. Traversing an underwater environment should be a fluid experience, and you should feel like you’re still playing your own character and profession.

In addition, there is also new content to pursue underwater called Sunken Treasures. These offer achievement points and new currency that can be used to gain Ascended level items from an NPC in Lion’s Arch.

For more information, check out the official post on underwater changes here.