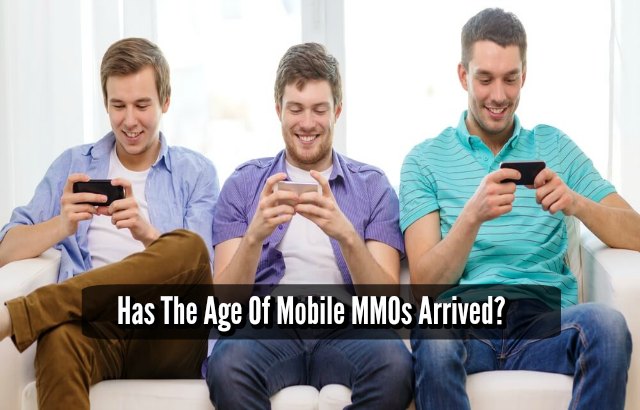 Whether we like it or not, there is a rising demand for mobile MMOs. We already know the statistics when it comes to mobile gaming. The market is worth $108.9b in 2017, and that’s an extremely lucrative pie. A pie that established game and MMO studios would love to be a part of. In recent years, we’ve also seen many game studios make that transition into mobile game development. Among them, are Turbine Studios (Now known as Turbine Inc.). After letting go of both The Lord of the Rings Online and Dungeons & Dragons Online late last year, they’ve refocused their efforts on mobile games. Among their current lineup of mobile games includes Game of Thrones: Conquest and Batman: Arkham Underworld. Both utilize in-app ads and monetization for profit. And that seems to be the future.

While the majority of games making the money for mobile studios are app friendly, MMORPGs are now the next in line. Can it work however? MMOs are complex games with higher quality graphics and in-depth mechanics and gameplay that’s hard to replicate on mobile devices. That won’t stop some from trying, provided the design is simple enough. This year alone we know there are three games in the MMO sphere that are available on both PC and mobile, with cross platform capabilities. There’s AdventureQuest 3D and Albion Online for starters. Both games rely on its simplistic graphics and minimal controls in order to make the port viable. And recently, arguably the biggest name from the early MMO years, RuneScape, is also joining the gold rush. RuneScape too, isn’t the most complex of MMO games when it comes to graphics or game play. Therefore, it’s hardly surprising to see developers Jagex commit to the mobile front. Will more games follow suit, especially from the MMORPG genre?

It’s a tough question, and without any market research and data about MMO players and if they prefer their “World of Warcraft” on their phones, it’s even harder to answer. I see it as a generational thing. A decade or so ago, consoles became the small-form entertainment device that took the gaming world by storm. These days, MMOs are racing out of the blocks to try and get their games on the latest consoles. The audience reach is significantly bigger than just being a PC release. Therefore, it’s only a matter of time before a new generation of players arrive and want to play their MMOs on mobile devices. The good about this is that in the future, more money can be made. Revenues for games that launch on three fronts will be crucial to putting out more content. Additionally, it will be interesting to see how new MMOs go about designing their games for mobiles. Can it be as complex and fully featured with its game play as it would if launched on the PC?

Unfortunately, I think the MMORPG industry just isn’t ready. From a player’s perspective, I’m very much an old fart that would rather play my AAA MMOs on the PC than anything else. That’s because I’m used to it, and there’s an air of magic about it that I just don’t think mobile MMOs can capture. For instance, the social aspects of being part of a community. The ability to participate in voice chat through VOIP apps like Teamspeak and Discord. And while Discord does indeed have a mobile app, it’s just not the same. On top of that, there’s addons and plugins for MMOs that mobile devices just can’t support. Not in the near future at least, anyway. Therefore, while the future may be mobile devices for MMORPGs, that time isn’t now, and it isn’t for this generation of MMO players.