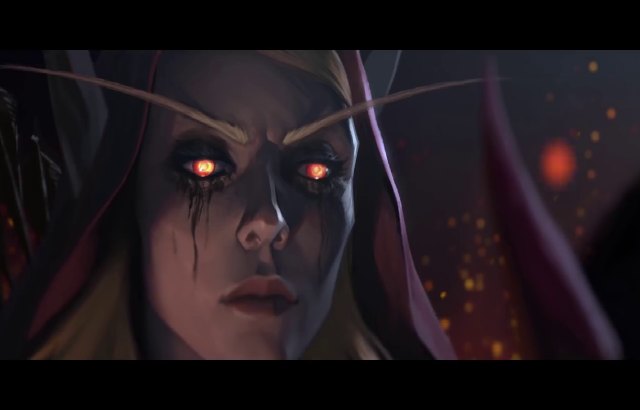 Earlier today, Blizzard released another short – a beautiful comic rendered cinematic that showed plot points in World of Warcraft’s current per-expansion event, War of the Thorns. To catch you up on things, the Horde, led by Sylvanas, has decided to attack Darnassus, home to the Night Elves. The reason for doing so is due to the Horde wanting to control the flow of Azerite. The sacred tree Teldrassil ends up burning which we’ve known since Blizzcon 2017, but the subject of who set it on fire was a mystery, or at least that’s what Blizzard wanted us to believe. Today, we found out that there was nothing complicated, complex, or mysterious about it – Sylvanas ended up burning Teldrassil like many probably knew, but were hoping for otherwise. The short video cinematic didn’t have the end result Blizzard wanted, as many players have taken to the forums and Reddit to vent their disapproval. It’s getting out of hand.

Led To Believe The Story Isn’t Black and White

Plenty of World of Warcraft players felt Blizzard owed them a complex narrative leading up to Battle for Azeroth. At its heart, faction war between the Alliance and the Horde is the central theme. However, the individual motives of the Hordes Warchief, Sylvanas was the main topic of discussion. Fans didn’t want another Garosh – a former Warchief Orc who was hellbent on wanton destruction of the Alliance and would use any evil means necessary to achieve it. Blizzard rebutted that Sylvanas won’t be as “black and white” as Garosh was. Unfortunately from the latest cinematic, it appears to be exactly that. Fans expecting a twist like a third major character being the one to burn Teldeassil were sorely let down.

The Horde consists of multiple races, from Orcs to Forsaken, Taurens to Blood Elves. While from a narrative point of view all races would follow their Warchief into conflict, today’s events seem to go against what some of the Horde’s races stand for. In particular, the Tauren, led by Baine Bloodhoof are perhaps the more honorable race in the Horde. Players have begun pouring their displeasure at being forced to go along with Sylvanas’s blind hatred for no substantial reason in particular, let alone being triggered into action by a dying Night Elf.

They Think Christie Golden Is To Blame

The writing team behind WoW’s story is getting some heavy flak right now. Majority of players are unwisely attacking acclaimed Blizzard writer Christie Golden on Twitter. There have been death threats and other acts of violence. First and foremost, we want to say that this is despicable by players and we hope Blizzard takes serious action against these individuals. Raging and ranting at a writer over a video game’s story is down right stupid. Secondly, venting anger at Golden won’t do anything – she joined the team after the War of the Thorns story was already penned by Chris Metzen almost a decade a go.