Italian Cruisers Have Arrived in World of Warships

Italian Cruisers Have Arrived in World of Warships 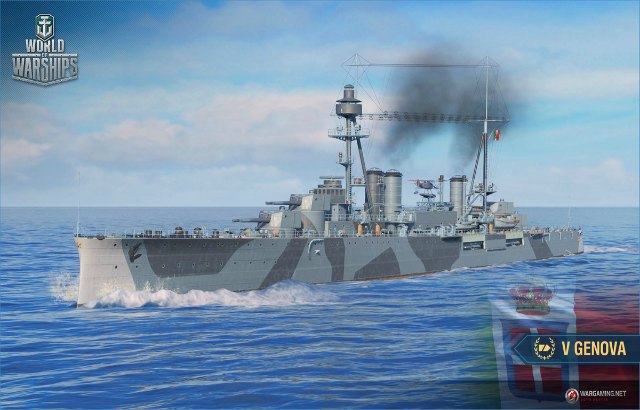 Wargaming has today rolled out the latest update for World of Warships – 0.8.9 – which sees the launch of the brand-new Italian cruiser line into early access of the popular online naval combat game. The introduction of the Italian cruisers comes with new mechanics, a game event with new directives, the new Taranto Port, and much more.

Update 0.8.9 also kicks off the Halloween celebrations with the return of the popular Saving Transylvania and Sunray in the Darkness Operations. The second Halloween phase will be available from October 31st and will bring to light a new game mode “Raid for the Filth” allowing players to do battle against otherworldly forces while their own ships slowly transform from man-made machines into gigantic sea monsters.

The Italian warships included in update 0.8.9 present the first researchable branch of the Italian Navy. Players can now get early access to the first Italian cruisers with the introduction of the Raimondo Montecuccoli (Tier V), Trento (Tier VI), Zara (Tier VII) and Amalfi (Tier VIII). The new cruisers are notable for their maneuverability and powerful 203 mm guns on Tier VI ships and upwards. Two new mechanics are also introduced:

A new game event gives players the opportunity to earn special rewards, including new containers and a new temporary resource: Italian Tokens. These can be exchanged in the Armory for permanent and expendable camouflages, signals, days of Warships Premium Account, credits, Random Bundles or event containers for a chance to unlock early access to the Italian Cruisers. Finally, players will have the opportunity to admire their recently acquired ships in the brand-new Taranto Port.