Kel'Thuzad Is The Newest Hero Coming To Heroes Of The Storm 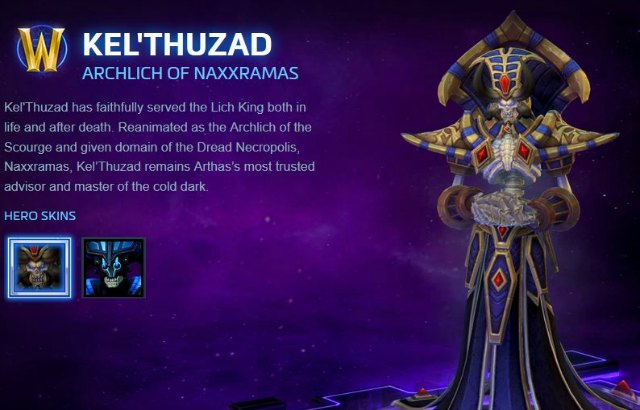 Blizzard is keeping busy with it’s MOBA, Heroes of the Storm by adding Kel’Thuzad. The popular character from the Warcraft universe is the latest hero to join the game’s roster. The announcement comes from a really cool comic video which you can check out below.

In addition to Kel’Thuzad, the upcoming update also adds more customization. There will be new skins for Sonya, Zagara and Jaina to earn as well.

“Kel’Thuzad has faithfully served the Lich King both in life and after death. Reanimated as the Archlich of the Scourge and given domain of the Dread Necropolis, Naxxramas, Kel’Thuzad remains Arthas’s most trusted advisor and master of the cold dark.”
As for how the hero will play, Kel’Thuzad plays as a ranged assassin that uses ice attacks. What this does for the game is that it adds that extra layer of replay ability for those that have already played everything. Moreover, adding more heroes keeps the game interesting and fresh until the next addition. It will be interesting to see what other heroes will be coming in the near future. For more information about HoS’s new hero, check out the official post here.
0 Share
Share Tweet
Topics: Blizzard Heroes Of The Storm MMO MOBA