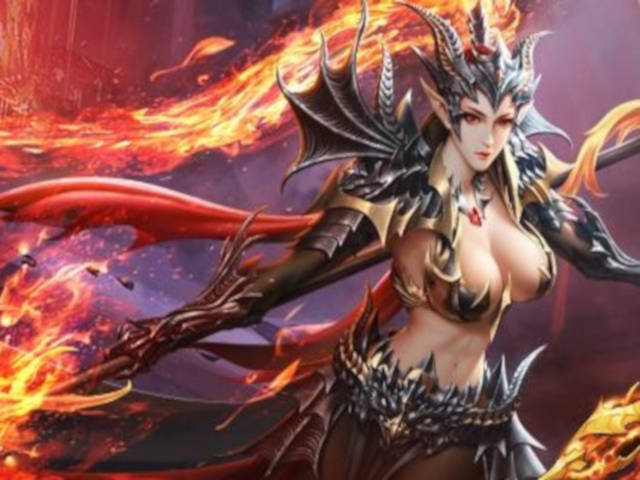 League of Angels 3 is an idle RPG. Idle games are games with minimal gameplay and a great deal of progression systems. Usually in idle games your interaction and choices are minimal and most of the fun comes from progressing and empowering your stuff. LoA is no different, you can leave it on auto mode and it will keep progressing. Occasionally you will need to click some things in order to progress but mostly you can just leave it on in the background and it keeps going. And so the gameplay loop is pretty straight forward, you click on auto quest, leave it running for some time, come back and click all your upgrades, click on auto quest and leave it again.

The art in LoA is your standard highly sexualized asian affair. Characters, both men and women, are sexualized with the men having big muscular bodies and women having large chests and revealing body armor. I personally don’t mind this sexualization of character but if you do, this game is not for you. Having said that, I think the game actually looks pretty good despite its generic and overly sexualized take on things the art style is not bad at all. 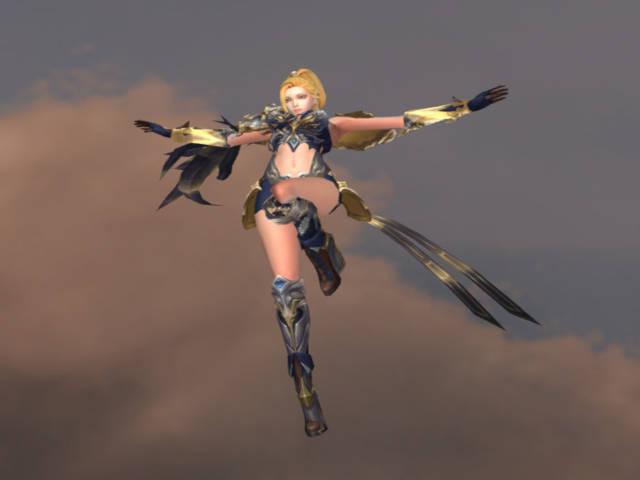 As for the sound, there is really nothing special here. In town you get a relaxed epic music and in combat you get dramatic sound. The sound is serviceable and you will most likely turn it off anyway while the game is running in the background.

LoA is first and foremost an idle game, meaning there is not much gameplay to speak of. Now that doesn’t mean the game is devoid of strategy and choices. While combat can and probably should be set on auto mode, you can choose to manually activate your main hero abilities. For the most part, playing an auto can easily clear all content but every now and then you might want to switch to manual mode to take on a more challenging encounter. In manual mode you have choice of 3 abilities depending on your chosen weapon. Each ability comes with a cooldown and a resource cost. You get resources every time your main hero attacks. This system adds some depth to the combat and is pretty interesting despite its simplicity. 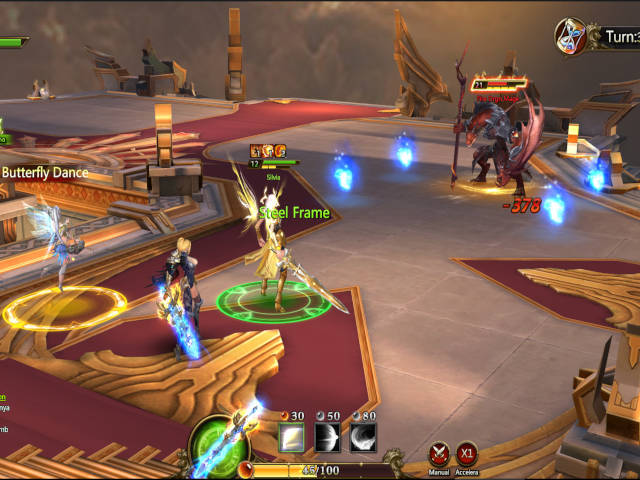 Other than the manual combat, there is also some choices to be made in the way you constructed your party. Each character has a role, either a tank, a healer, or a DPS and you can construct your party however you see fit. I run with 2 healers 1 tank and 3 DPS and it seems to work for me but there might be better formations.

Oh boy, where do I start? LoA 3 has so many systems of progression its scary. First thing to point out is that everything levels up in this game. Your characters level up, your gear levels up, your mount, your wings, you other character’s gear, your weapon, your weapon skills, your achievement rank and pretty much anything else you can think of can level up. The game has layers and layers of progression systems in it and they slowly unlock as you progress. For example your hero can level up normally, but you can also “augment” him to further increase his power and recently I unlocked “advance” which also lets you empower your hero. 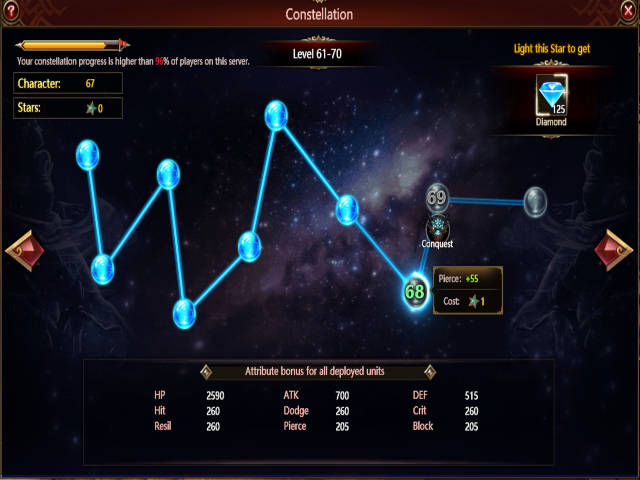 Progressing through each of these systems is the bread and butter of LoA 3. As other idle games you constantly progress and become stronger, only to face tougher challenges which in turn you need to get stronger again to defeat. These kind of games are not for everyone but if you enjoy looking at numbers turn into bigger numbers this game has you covered in spades. The game has many many systems of progressions and you gradually unlock even more as you play. 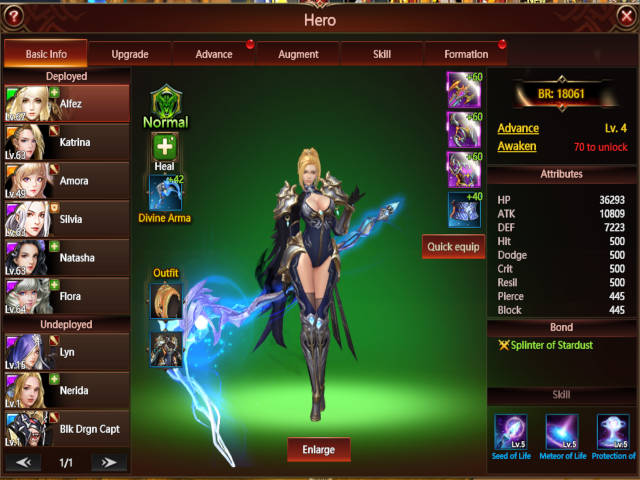 League of Angels 3 is a pretty standard asian idle game. The art and music is generic but overall decent. Gameplay is minimal as expected from idles games but it does offer some level of strategy and depth if you feel like getting into it. And if you don’t feel like getting into the strategy you can simply wait for a while and tackle the challenge when you’re stronger. Progression is the major feature in League of Angels 3. The game offers a vast number of progression systems and item collecting. If you enjoy having a game in the background and checking on it every now and then you should definitely give League of Angels 3 a shot.