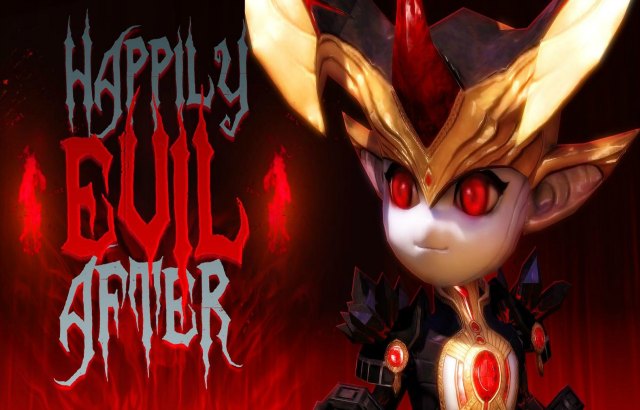 En Masse Entertainment, a player-driven publisher focused on delivering great games and great service, today announced that the next monthly update their flagship True Action Combat MMORPG on PC, TERA, will be released on Thursday, September 13. The Happily Evil After update brings the return of some of TERA’s deadliest foes, including the dreaded Dakuryon, with a new and improved incarnation of the Shadow Sanguinary dungeon complete with enhanced boss fights and matching loot, plus a number of bug fixes and balance changes in response to player feedback.

A significant portion of the Archdevan Imperial Army are just dying to prove themselves the dark lord Dakuryon, and it’s up to players to dash those hopes and defeat Dakuryon and his top commanders. Grab a group of up to four other friends before heading into the Shadow Sanguinary though, as these Archdevan soldiers’ aspirations are matched by their ruthlessness. Conquering the Shadow Sanguinary and other high level dungeons will reward players with new crafting materials for the newly introduced Ethereal accessories players will be able to craft.

For more details on the Happily Evil After update coming to TERA PC on September 13, visit the promo page on the TERA site here: https://tera.enmasse.com/events/happily-evil-after