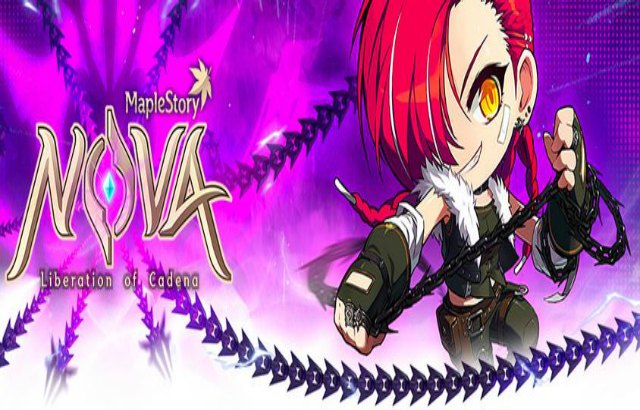 Maple Story will introduce a new playable character to the game, Cadena. Arriving with the Liberation of Cadena Update on November 29th, Cadena will be fun to play. For combat, feel the power of using a chain for attacks which will ravage your enemies.

“Meet brand-new character Cadena, the only survivor of Magnus’s attack on the Heliseum royal family. Raised by the Shadowdealers in the sketchy backwater town of Savage Terminal, Cadena has a streetwise edge and excels at close combat. She utilizes Thief equipment, and her main stat is Luck. Cadena is honing her skills as she prepares for revenge against Magnus. Armed with her trusty Chain, Cadena can swing to different platforms or pull an enemy in close to her. She also has the ability to master various weapon types, and can smash enemies with skills highlighting a shuriken, shotgun, and spiked bat!”

In addition to the new character, the update also brings the 5th job skill for all character job categories. There will be something for everyone to do in the update. On top of that, expect more quality of life updates  as well. Players will get more character slots, an in-game news browser and UI improvements as well.

For more information, check out the official website here.