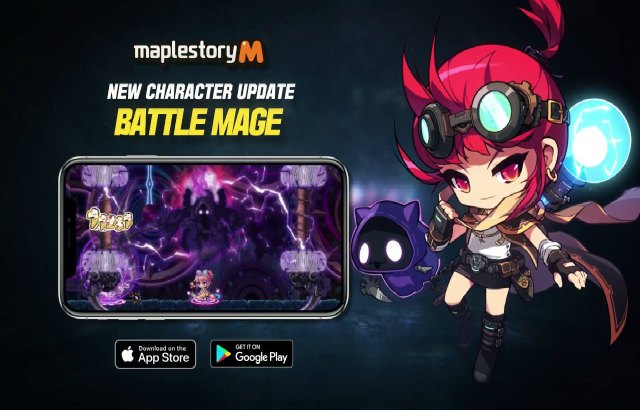 MapleStory M has launched its latest update and welcomes the Battle Mage into the fray, marking the first resistance class addition to MapleStory M, as the war against the Black Wings rages on.

The Battle Mage introduces a class that specializes in fast, close-range combat, easily overpowering foes with fiery attack spells and auras to help their party navigate dire straits. Armed with both offensive and defensive magic, the Battle Mage charges headfirst into danger, placing itself between teammates and the forces of darkness in the continuing quest to defeat the Black Wings.

This update delivers an array of new experiences and improvements alongside the introduction of the Battle Mage. Starting today, additional features will include:

To learn more about MapleStory M, visit the Google Play or App Store page and follow @PlayMapleM on Twitter for the latest updates.