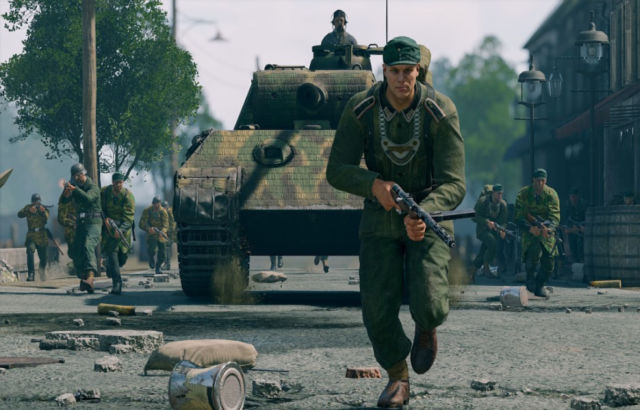 Gaijin Entertainment and Darkflow Software announce that the online military shooter Enlisted, initially developed only for PC, PlayStation 5, and Xbox Series X|S is now also available on the previous generation consoles. Owners of PlayStation 4 and Xbox One have access to the Invasion of Normandy and Battle of Tunisia campaigns, while the Battle for Moscow will be added in the next update. Naturally, they will be playing on the same servers as existing players on other platforms. The Battle of Berlin campaign is also planned for the previous generation of consoles and  will become available in a few months.

The release of Enlisted on PlayStation 4 and Xbox One will allow players who have not yet had the opportunity to obtain more modern hardware to join the game. The development team has worked hard for over a year on optimizing performance and carefully adapting the massive and intense Enlisted battles for the previous generation of consoles. As a result, battlefields full of soldiers, armored vehicles and aircraft fighting simultaneously in the same location, can run at a stable 30 FPS, even on the basic PlayStation 4 and Xbox One systems. The content of all available campaigns is exactly the same as on the newer generation of consoles and PC.

“As with any transition to a new generation of game consoles, the previous one maintains a huge user base for a few years” – Anton Yudintsev, co-founder of Gaijin Entertainment, explains. – “We were not sure that it was technically possible to release Enlisted on PlayStation 4 and Xbox One, therefore we launched the game only on next-gen platforms where we achieved [email protected] performance. We’re glad that now even more gamers can try our game”.

When players decide to upgrade their consoles from the PS4 to PS5 or from Xbox One to Xbox Series X|S to enjoy a better version of Enlisted, they will of course keep all of their progress and purchases.

Enlisted is available for download on PlayStation 4 and Xbox One for free in the relevant digital stores for each respective platform.