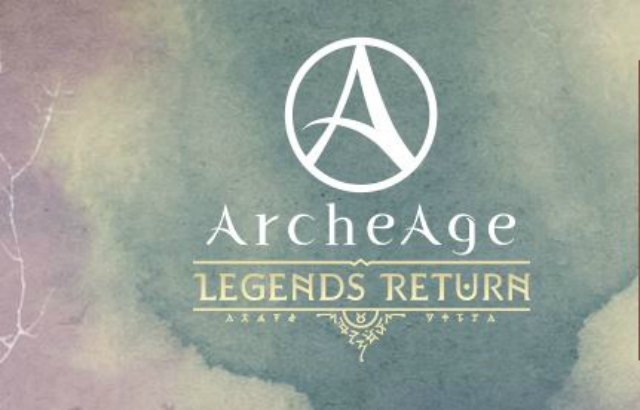 Trion Worlds and XLGAMES are excited to announce the next chapter in the thrilling ArcheAge saga, ArcheAge: Legends Return! The 4.5 update offers some major additions to the open-world sandbox MMO, including for the first time two new progression fresh start servers, Dragon Mounts, and more! ArcheAge: Legends Return is scheduled to release on April 5, 2018.

Marketplace restrictions will be in place to ensure that players are on even footing when the servers open, and gear progress will be restricted over several months, giving everyone the chance to reach the cap before it increases.

Battles will be evenly matched and exciting, and with bosses being re-introduced over multiple months, there’s always a new achievement around the bend. For a full breakdown of the Fresh Start progression calendar, please visit https://www.trionworlds.com/archeage/en/store/fresh-start/ .

Players have the option to create free accounts on the Fresh Start server on launch day, or they can secure their names prior to launch by pre-ordering a Legends Return Entry Pack. Silver Entry packs are £7.49 while Platinum Entry packs are £76.49.

Dragon Mounts are also another major feature of Legends Return. Dragons can be raised and used as battle mounts in the new update, which presents a fully featured questline exploring the power of the Red Dragon raid boss. Players will work with Daru trainers to gain items to raise and mount a dragon, which come in red, green, and black varieties. Dragons can also be outfitted in armor to increase their stats and prowess.

Another exciting new feature in Legends Return are Shadow Invasions. Occuring when a major world boss dies, Shadow Invasions are new rift events where the Shadow itself lashes out at players to avenge the death of a key player in its scheme. Weathering the invasion will earn players some great rewards, like rare materials, Gilda Stars, and more!

Legends Return will also offer more improvements to ArcheAge, including destruction removal on crafted items, which allows players to continue to use items even if regrading fails, a Battle Balance update that will shake up the game’s meta with a major overhaul to all skillsets, crafting requests that allow for more direct and safe transfers of items produced for gold, and other great features.