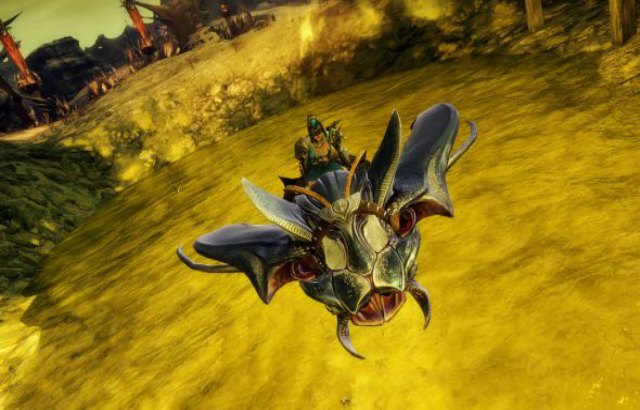 The Path of Fire expansion arrives less than a month away and Guild Wars 2 is offering players a closer look at mounts. In the latest developer diary, the mounts team goes into detail, explaining a good deal about the system.

One of the major factors in its conception was how successful Gliding turned out to be. Gliding in the Heart of Thorns expansion gave players an incredibly amount of freedom. ArenaNet were able to take that and build content around Gliding, such as puzzles and meta events. Having it gated behind the mastery system also gave players that sense of progression.  That is a common complaint about the game – it felt like there was none.

With that in mind, Mounts seems to be the logical next step. The dev team goes on to say that mounts will move and navigate incredibly well, as the joy of movement is a top priority. Come September 22nd, there will four mounts for players to obtain, each with special abilities and unique movement: