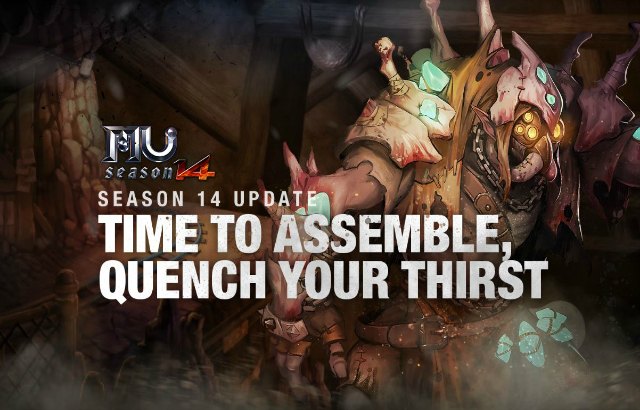 MU Online has just launched its latest update which features a new map, Switch Scroll and a few in-game events for players to check out. The Season 14 content update includes a new map ‘Cubera Mines’, 5th Grade Mastery Armor Item, and 4th Grade Soul Weapon along with an increased level cap up to level 1,100.

Cubera Mines is a new area available to enter for characters whose levels are higher than 850. Cubera Mines was the first mine ever developed in the land of MU, but was soon closed and abandoned because the mine was infested with monsters. In this new area, new monsters including Mine Digger, Mine Carrier, Mine Driller, Mine Porter, Dead Digger, Dead Shoveler and Dead Porter await all MU Players.

This update also brings a new Switch scroll. Once used, hardware usage is temporarily lowered to provide optimal performance and a smooth gaming experience while the Switch scroll is active. WEBZEN will be handing out a Switch scroll(7days) for free to all players from September 3rd to September 17th, 2019.

Season 14 also adds several new items such as a 5th Grade Mastery Armor Item called ‘Frost Blueye Set’ and 4th Grade Soul Weapons to make the character stronger. In addition to these new features, the MU Online team is holding various events to accompany the launch of Season 14, both in-game and on the official website.

Starting from today until September 16th, players will not only be able to collect ‘Elemental Symbol’ by defeating monsters in Cubera Mines in order to get Element Box, but also explore the Cubera Mines and grab Golden Crest items to create Lv. 4 Wings.

With the increased level cap, those who reach Lv. 1,050 during the event period will get a special Great Elf Kara Muun. In order to achieve this, starting from September 17th, players will be able to level up their character faster with an extra 20% EXP and decreased monster HP.

Aside from these in-game events, WEBZEN is also running various events to allow all gamers to acquire special rewards, including Roulette Ranking Event, Moss’s Mastery Ranking Event and much more. Full details on all the events and news are now available on the official website: https://muonline.webzen.com/events/season14part1