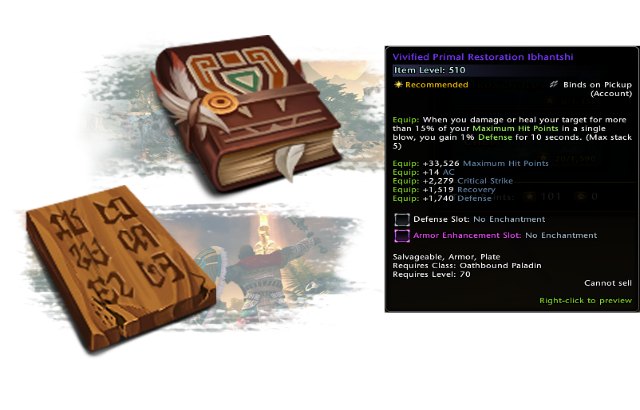 Free to play MMORPG Neverwinter is shaking up its progression system at end-game, with new Artifact Weapons.

“Having proven yourself as a survivor and a worthy adventurer, the Chultans are more willing to sell their prized weapons for your excursion into the Lost City.  There are three new Artifact Weapon sets that are available for purchase!  In the Zen Store, we have the new Pilgrim weapon set that benefits you depending on how many enemies you face.  The new Pioneer set that benefits you on how many allies you have can be found in the Chult Campaign Store.  The last weapon set that can be purchased is the Primal set in the Seal of the Brave store, which set bonus helps you when you take noticeable amount of damage.  With these weapons available to you, you will be prepared for the trials that will face you in Omu!”

These new weapons will apparently grow with you, and while we’re unsure what players think about it being a store purchase, it’s at least another form of progression in Neverwinter. In addition to that, there’s also a Trial on the way in the Omu update. The Cradle of the Death God is the latest challenge, and the big prize is the new Artifact Equipment for the neck and waist slot.