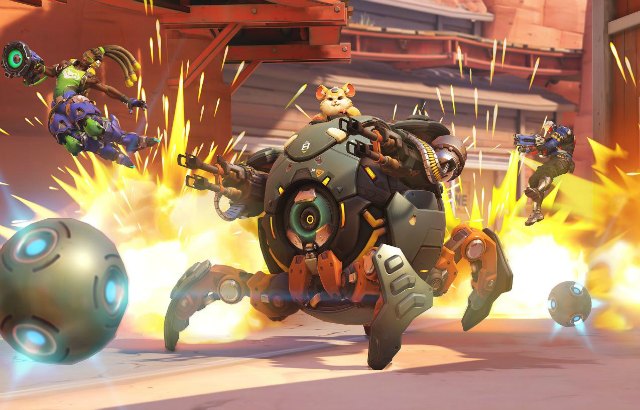 Wrecking Ball is now live on PC, PS4 and XBox One!

He’s equipped with tools of both destruction and strategy, including automatic-firing Quad Cannons to take down foes from a distance, a Minefield for setting traps or lighting up a pre-existing battle, and an adaptive shield generator to provide more protection from nearby enemies.

Wrecking Ball also brings a whole new type of mobility to the Tank roster, able to turn into a ball, use his Grappling Claw to propel himself and damage enemies with high-speed collisions, and deliver a devastating Piledrive to enemies unfortunate enough to find themselves under our hero!

See you in Overwatch!