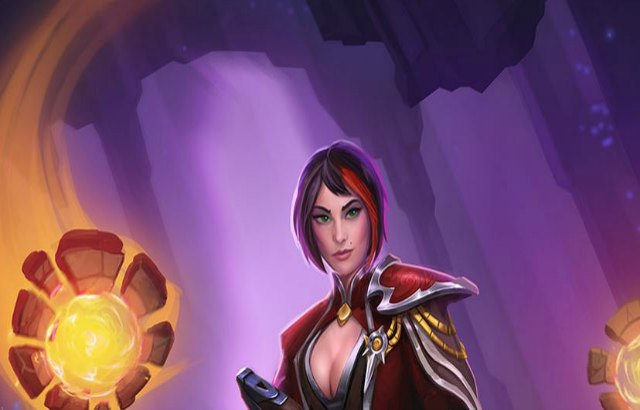 Paladins received an update last week that adds a new champion to the game. Players can now use Vivian, a machine gun lover who spices up the roster greatly. She comes with 2,300 health points, and her skills are pretty interesting too. Below are descriptions of her skills.

Fire a shot every 0.14s dealing 200 damage. Effective up to Medium range. While firing you move 50% slower.

Look down the barrel of your machine gun. You gain improved accuracy but move 50% slower. The slow does not stack with firing your gun.

Project a frontal shield that blocks 1800 Damage for 6s. You may fire while Deflector Shield is active.

Throw out a deployable sensor that reveals enemies to you in a large radius.

Summon two Sentinel Drones that fire energy blasts while you shoot your Light Machine Gun. Each Sentinel fires once per second dealing 250 damage. Sentinels persist until destroyed or the player is killed.

The new update also brings a lot of improvements and changes to the game. Most notably, Daily Rewards have been tweaked significantly.

“We’ve updated the Daily Quest UI to more clearly present rewards to users. This new system increases the overall reward opportunity for players and allows more leniency when a few days are missed.”

For all the patch notes and full list of what’s new, check out the official post here.