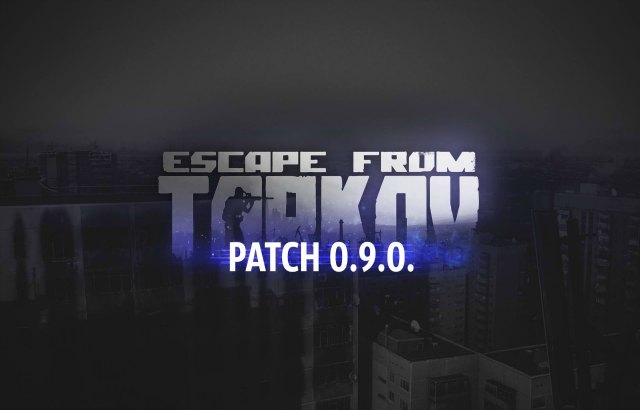 Battlestate Games announces the release of a major update 0.9.0.*** for the closed beta version of its multiplayer online FPS Escape from Tarkov. The developers have specifically noted that in the first hours after the update, game servers may experience overload leading to possible increase of matching wait time and occasional network delays.

This update features the very first version of the Scav bosses, their features and abilities are not final and will be enhanced and adjusted over subsequent updates.

Another important addition of the update features stun and smoke grenades. The game developers have added animations, models and effects of Russian grenades, and planning to add their Western counterparts later. The smoke from grenades is physically accurate and realistically fills the indoor premises and open battlefields, making the gameplay even more diverse and immersive. Rational and efficient use of such munition has a potential of providing a serious advantage in battle or even decide its outcome. Moreover, the game now also features armbands of basic colors, for players to pick the color to make it easier to tell friend from foe in combat.

Finally, Escape from Tarkov now has embedded the Nvidia Highlights, which will allow to record the episodes of intense firefights during the raids. This option is available to players whose graphics card  supports this technology.

“With this patch we have added to the game approximately 50 new weapon mods and 30 new items, 14 new trader quests, and made numerous changes, fixes and improvements,” said Nikita Buyanov, the head of the Battlestate Games. “Also, our programmers continuously work on performance optimization which gradually furthers the game to the next stage – open beta testing. Also, it won’t be long before we are going to stage a major game event. You don’t want to miss the announcement, this will be awesome! ”

Complete list of additions and changes included in version 0.9.0 can be found at the official forum of the project and in social media communities. The following updates, along other improvements and changes, are going to further improve the project performance, network quality, bug fixes, add new game combat mechanics. Development and testing of the future innovations are already underway.

Learn more about the project testing plans and the estimated completion time frame, and purchase the game on the official website of the project https://www.escapefromtarkov.com/preorder-page.

You can get a pulse on the current announcements about in-game events and scheduled maintenance works by following the official Twitter of the studio https://twitter.com/bstategames or the Telegram channel https://t.me/escapefromtarkovEN