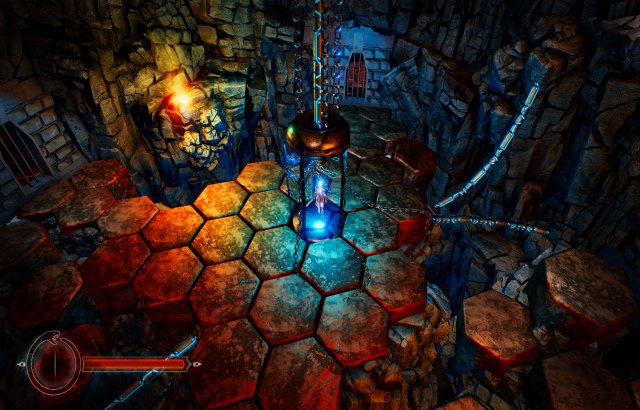 “As our first game, Helheim has been a veritable passion project.” says Federico Giorsetti, NAN’s Game Designer. “Through 34BigThings’ guidance, we have learnt how to improve the game in several ways, and the game has reached a point of quality that we wouldn’t have been able to reach in such a short amount of time”

As the goddess Hella, players will descend into a sci-fi version of the Norse underworld, unleashing furious combat moves and powerful abilities to reconquer Hella’s stolen kingdom.

“The release of Helheim marks a very important moment in the history of 34BigThings” says Valerio Di Donato, 34BigThings’ CEO. “Incubating Not A Number and aiding them in releasing their first game has been a true pleasure, and by mentoring them we hope to aid Italy’s burgeoning game development scene as a whole, allowing us to pass on our expertise to newer studios.”

The game features Hack and Slash mechanics where every mistake could be fatal. You will have to face an army made up of various types of enemies that will test your skills and hinder your ascent. Check out the Steam page here.