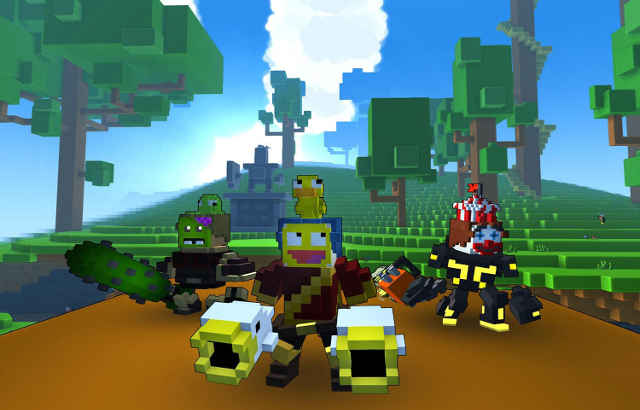 Good news Trove fans. The awesome Sandbox MMORPG is about to launch for PS4 and Xbox one. Trion Worlds, the developer, has released the game in 2015, and after long months of beta testing they are finally launching it for consoles this week. The Trove Launch for Consoles will sure bring new audiences to the bricksy universe. If you haven’t heard about Trove then you should know that this game is epic.

As a sandbox MMORPG, you have a lot of room for customization. There are 11 different classes that enable many play styles and the randomly changing universes are very interesting. The player generated content is the true treat of the game. There is just so much content that this game is never boring. However, the minus of the game is the grinding. You have to grind a lot in order to improve. The cash store is also relatively modest and buying stuff won’t necessarily help your character by much. In short, it’s a really cool game

If you own a PS4 or a Xbox one than you should try it. It’s free for download and the community around trove is growing rapidly. In my opinion, the PS4 launch will help the game reach new audiences and steal some users from their ultimate nemesis, Minecraft.

The similarities between Minecraft and Trove are a bit disturbing, but with Minecraft selling for 2.5 Billion dollars to Microsoft it’s not surprising that competition will try to mimic the block phenomena. Many of the people in the Trove community are refugees of Minecraft, they get something out of Trove that they couldn’t in Minecraft. Either way, both games are cool and worth a try.

What do you think? are you excited about the trove launch for consoles? please share your thoughts with us