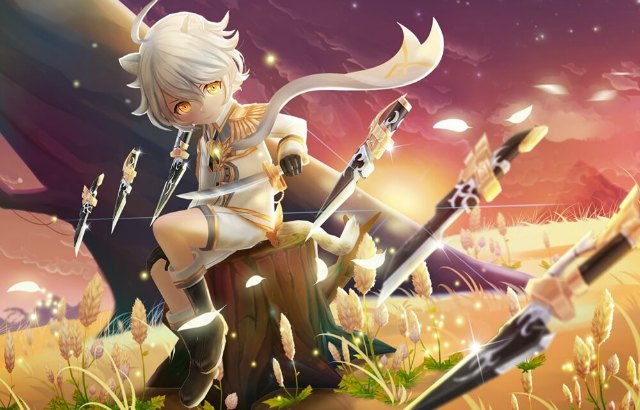 Free to play MMORPG Twin Saga by gamigo is deploying Patch 17, which brings all new content to the game. Players can expect two new dungeons – the Barren Desert and Crocodile Wetlands. Successful completion of any awards Guardians with Loyalty Points and Star Points, which can be traded in for rewards and special items.

Additionally, there’s new PvP content as well for more competitive players to sink their teeth into. The magnificent Death Valley Colosseum is a new Battlefield where ferocious warriors can prove their might. Four additional Senshi’s have been spotted in the realm of Aetherion. Players can defeat their enemies with the help of Haku and his deadly daggers or entice their opponents with Haruka’s flower powers.

And finally, there will be five new seasonal events coming to Twin Saga. Players can embark on an adventurous treasure hunt during the special Flora’s Treasure event, celebrate Thanksgiving or take their loved ones to a romantic stroll through the colorful world of Twin Saga. Patch 17 contains a decent chunk of things to do for both new players and returning players to Twin Saga.