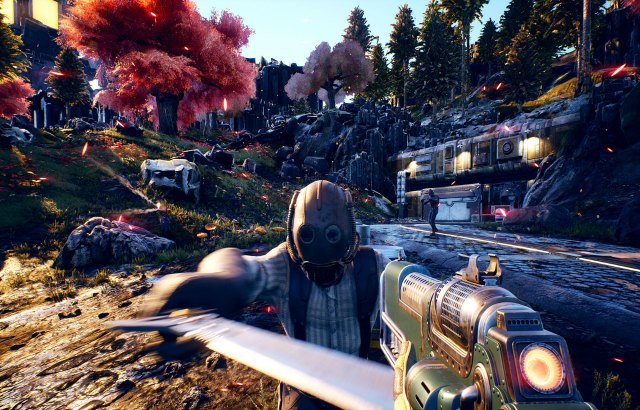 In The Outer Worlds, you awake from hibernation on a colonist ship lost in transit to its destination on the edge of the galaxy, only to find yourself in the midst of a deep conspiracy threatening to destroy the colony. As you explore the furthest reaches of space and encounter various factions, all vying for power, the character you decide to become will determine how this player-driven story unfolds. In the corporate equation for the colony, you are the unplanned variable.

“It’s great to be working with Tim again. It’s rare to find a co-creator who compliments your skill set so well – Tim’s great at the things I’m not and vice versa,” said Leonard Boyarsky, co-game director at Obsidian. “But what we both seem to have a knack for is making in-depth single-player RPGs where the player can define their character and play the game any way they choose.”

“There’s something very special about the combination of my lighter humor and Leonard’s darker take on things. It affects everything in the game – the setting, the characters, the dialogs,” added Tim Cain, co-game director at Obsidian. “Plus, we have a great team here at Obsidian, and we’re making sure The Outer Worlds delivers what players want from a new RPG universe.”

“Obsidian’s pedigree in creating excellent single-player RPGs that empower meaningful player agency in combination with the characteristic dark humor of Tim and Leonard is second to none,” said Michael Worosz, SVP and head of Private Division. “With The Outer Worlds, the team is crafting an incredible new sci-fi RPG that celebrates the world-building and player-driven storytelling the studio is known for in fresh and exciting ways.”