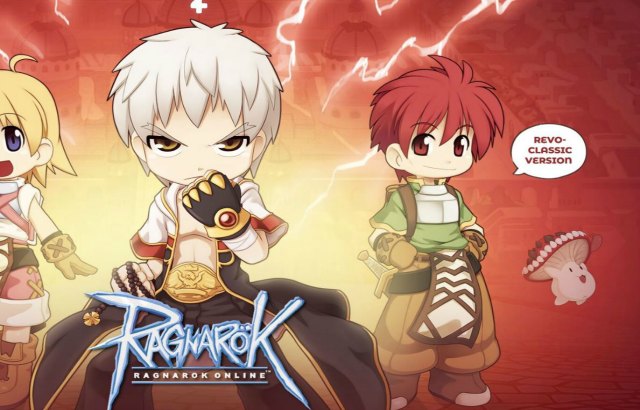 Legendary MMORPG Ragnarok Online has just reopened in Europe under a new publisher and a new version — Revo-Classic. For the first time European players will be able to enjoy this version and be a part of the growing Classic community for this MMORPG.

Ragnarok was first published in 2002 in South Korea. The game originally featured classic mmorpg attributes such as massive wars, complex hero ability trees, interesting Scandinavian lore, balanced PvE and PvP mechanics. Nowadays every MMORPG usually contains these classic features, but it all started with the original Ragnarok. Ragnarok Revo-Classic is already being played in Thailand, Philippines and the CIS countries. Ragnarok Revo-Classic is a mix of the classic and modern mechanics. It means that players will start their game like in the good old days: in their favorite locations, with the max level set at 99/70 and without 3rd classes.

In the beginning of the OBT players will be able to receive awards for getting the maximum levels. Because of players’ activity at 4game’s social networks at the CBT stage server will start with EXP and DROP bonuses +35% for the first month.

Pre-order kits are no longer available. It will be possible to activate the already purchased ones with promo codes within a month after the release of the game.Right now in the game the available locations are Prontera, Geffen, Payon, Alberta, Morroc, Aldebaran, Yuno, Comodo, Izlude, Umbala, Lutie, Jawaii and Glastheim. Other territories  and classes will be added later with the updates.All upgrades will be released step by step in a regular way, so players can enjoy the old fashioned Ragnarok and relive their journey from the very start to the top of the ranks.

You will still play a hardcore MMORPG, but in a modern way — you won’t need ages to achieve success, as it used to be.Join the original MMORPG experience and play like in the good old days!