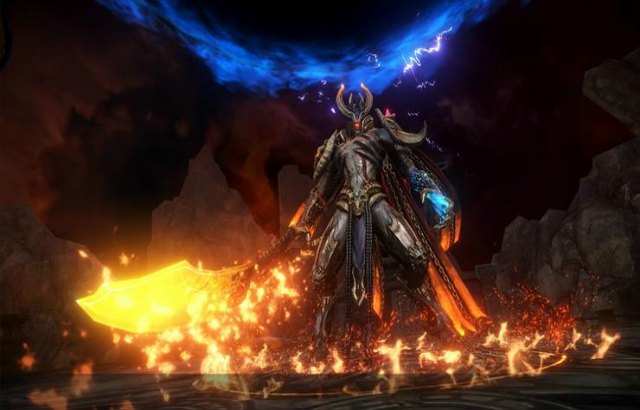 RebirthM is a 3D massive multiplayer online role-playing mobile game that catapults the player into a beautiful and large-scale open world that features both PvE and real-time PvP action, an engaging story line, and epic fantasy battles paired with an elaborate character and item crafting system.

RebirthM is slated for initial release in Brazil on October 18th and will be available for free download for both Android and iOS devices. The game allows players to partake in real-time battles in a dynamic open world and features a huge amount of original content that is set to be expanded through regular updates.

Running on the Unity 3D engine, RebirthM features a vast open world full of quests, places, and characters that mirrors the dimensions of a full-scale PC MMORPG. Experience a new kind of 3D mobile action gameplay that comes with incredible graphics and dynamic 3D camera views for full immersion. Follow an engaging storyline while traveling across the divided plains of Arcroth, using the smooth and intuitive touch controls of RebirthM to experience the full depth of this action-packed fantasy MMORPG.

In addition to PvE, RebirthM offers both real-time PvP and special PK survival modes in which players compete with other adventurers to establish who’s reigning the battlefields of RebirthM. Players can also create and join guilds, and use the in-game Community System to assemble strong parties and embark on epic raids of up to 20 players simultaneously.

RebirthM features four different classes and a unique leveling system. Players start at level 100 and can level up infinitely at a much higher pace compared to many conventional MMORPG. After choosing among the Slayer, Berserker, Wizard, and Ranger classes, players are challenged with developing a character ready to eventually take on a variety of different scale elite monsters and bosses in the game’s exclusive Elite Dungeon Challenges.

RebirthM also features four different kinds of collectibles: Wings, pets, mounts, and changeform. While exploring the vast game world and solving the many quests in the world of RebirthM, players can collect these unique and special collectibles. With the right determination and a honed skillset, players will receive rare bonus items that cannot be achieved otherwise.

In addition to experiencing the captivating main story, there are daily missions and special challenges for players to complete, including a variety of in-game events. By completing each one of them, users will receive unique prizes that can be used to boost their characters and improve battle skills needed to take on more advanced enemies and other players.