RIFT Prime Closure: A Review Looking Back At The Past 12 Months

RIFT Prime Closure: A Review Looking Back At The Past 12 Months 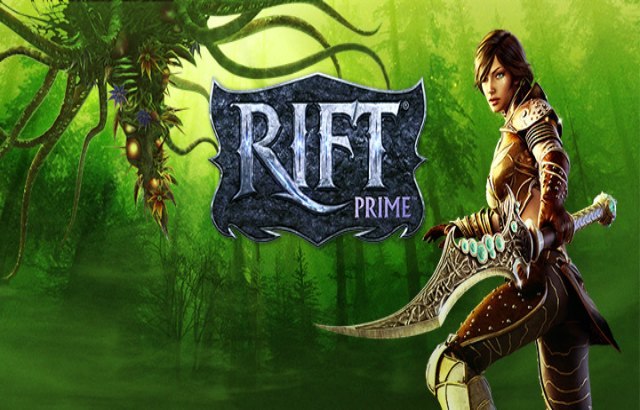 Rift Prime is shutting down. Gamigo, who now owns Trion including Rift, announced the server’s closure this week after a year. Let’s take a look back to remember what the Prime server is and how it performed. As an MMORPG, many prior to 2018 will remember RIFT as the one that got away. It checked all the right boxes; fantasy MMO, excellent class systems, loads of content – it had everything you’d want in a theme park MMORPG. RIFT started out as a subscription only MMORPG during a time when World of Warcraft and Star Wars the Old Republic were the big guns on the market. Over the years, it bled players and eventually went free to play, bringing with it a host of micro-transactions in the cash shop that begin the game’s well documented decline.

When Trion Worlds announced a new fresh start progression server called RIFT Prime last year, many were excited at the prospect. The Prime Vigil server claimed to remove 90% of things in the cash shop that offered advantage and keep cosmetics instead. More importantly, it offered players who preferred a fresh start to come back and experience a close to vanilla build of RIFT for a monthly price of $14.99.

The most refreshing thing on Prime was seeing just how many players are on it. At all times of the day, there’s a decent amount of players on to run content with. PvP Warfronts will definitely pop if you’re in queue, and the same goes for the dungeons as well. What helps is that there’s only one shard in NA, and there isn’t dedicated shards for EU or Oceanic. Unfortunate yes, but that simply means that the population is all congregated on one server. Latency isn’t very noticeable although it does exist.

As a result, those massive zone events yields hundreds of players when the boss spawns, which makes it a joy to behold and be a part of. It definitely takes players back to the early days of launch where hundreds of players can be found on the landscape questing and helping each other. Chats are always active, and the community that’s returned to Prime are also positive, being helpful and informative to new players in particular. Unfortunately, the population started to die down after the 3rd of 4th month. The lack of updates plus competition from other MMOs meant that players were always moving from one game to the next. And with a monthly fee, many just felt that it wasn’t worth it for the long haul, and that they’ve gotten their nostalgia fix after a month.

It Was Traditional and Challenging

Prime also tweaked its progression systems to differ from what’s available on live. Most notable of these changes are the reduced rate of XP gains and the difficulty of landscape mobs and dungeons. On Live, you could probably breeze through mid-level landscape content, facerolling 6-7 mobs at once. On Prime, you simply can’t do that. It’s a refreshing take on things that challenges the player to experiment with builds and souls that work for different situations. It’s a clever way to make use of the game’s robust soul system, where one can customize the way their class plays.

Also, you’re only afforded limited character slots on Prime, which meant that you can’t master all crafting professions. While annoying, the reason for doing this according to Trion at the time, is for the community to rely on one another for crafting and gear progression. While it sounds impossible on paper, it actually worked to a certain degree, and guilds are playing such an important role now. The few guilds I’ve been on have huge amounts of players, and there’s a sense of camaraderie that is very much reminiscent of old school RIFT when the game was at its height.

Ultimately the biggest draw of Prime for returning players was the promise of an unobtrusive, Pay To Win-less the cash shop. You can’t buy high level gear or any gear for that matter, and there’s no lootbox nonsense. In addition, level boosts and other advantages are also missing from the store. These things were a big reason for driving loyal and active players away from RIFT, and thus makes Prime more attractive than the live servers at the moment.

Having said all that, Prime did have its issues. It still relies on a build similar to live, and it’s nowhere near the vanilla experience when it comes to systems. Class souls that have been released recently are also found on Prime, which means all the OP souls will eventually make its way over. This does pose a challenge because it creates a balancing issue for certain classes in Prime when factoring in how popular PvP is in this game. Bugs and other issues also exist from time to time, and the ball is definitely in Trion’s court. The small team that oversees RIFT now has the Prime server to content with, which they didn’t expect to be this successful.

Either way, the few months spent of Prime in 2018 was a great fresh start in Telara. The dungeons are lengthy and have a traditional vibe about them, and when mixed with the harder than usual difficulty and the vibe of a thriving server, it will be missed. If only there was more updates, content and passion shown by the developers toward the community for both the Prime servers and on Live.