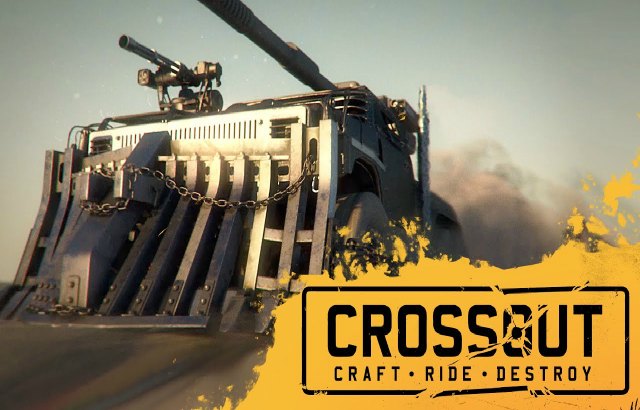 he post-apocalyptic Action MMO Crossout is preparing to unleash the seventh faction – the Firestarters. Scheduled for release with the next content Update 0.9.0, Crossout players can already try their hands on some Firestarters’ parts. Beginning 23 January, the in-game event ‘Hot Spot’ allows players to collect a temporary resource – ‘Lighters’ – which can be exchanged for decorative items, car parts and weapons of the Firestarters ahead of their release.

The Firestarters are a religious sect who worship fire. Their post-apocalyptic shamans pretend to have mystical powers, though they prefer to use guns in battle. Their arsenal includes powerful weapons, like catapults firing incendiary bombs and new, destructive flamethrowers, among many others. Causing destruction with fire is their favorite occupation, and they will gladly preach to both their followers and enemies alike.

One of the most exciting weapons of the Firestarters that players can already obtain is the player demanded Harpoon gun that allows players to hook on to enemies, allies, and even the surrounding environment. Players can carry a broken down ally out of enemy fire, pull an enemy vehicle into their own chainsaws, or lower themselves down from a bridge to shell whoever’s passing below. The possibilities are endless!

Other items that can be obtained include the ‘Shiv’, a spiked wheel that will be the new favorite of survivors that enjoy a close quarter fight. The new ‘Bat’ cabin is ideally suited for a balanced, medium-sized vehicle built to carry Firestarter equipment, like the new ‘Junkbow’ shotgun, the most powerful of its class available in game.

The event is open to all Crossout players. Be prepared, it’s going to be hot! For more information, check out the official page here.