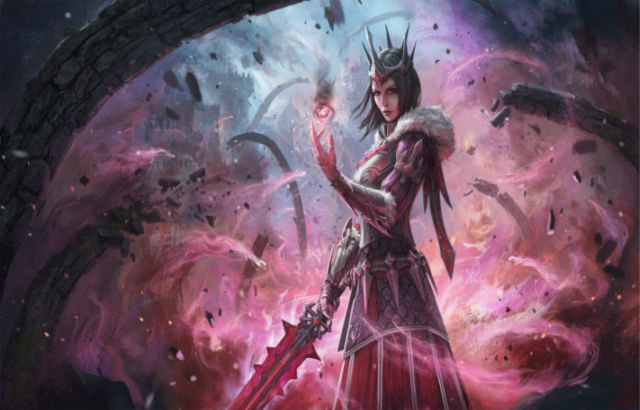 Morgan Le Fay, queen of the dark arts and arch-mage of Arthurian legend will cast her spell on SMITE this June.

Wielding vast powers of sorcery and seduction, this rival or Arthur and Merlin is equal parts magic and manipulation.

Regarding others as toys for her own amusement, Morgan Le Fay brandishes white and death magics, healing powers, and the forbidden arts against her enemies.

Watch the cinematic reveal trailer for a taste of her strength:

Morgan Le Fay will be the third God released in SMITE – Hi-Rez Studios’ free-to-play action MOBA – this year, adding to the legendary roster of over 110 mythological icons like Zeus, Thor, and Athena.

All details about Morgan Le Fay will be available on the SMITE website, following the Update Show happening on SMITE’s Twitch channel on May 26th at 3pm ET.