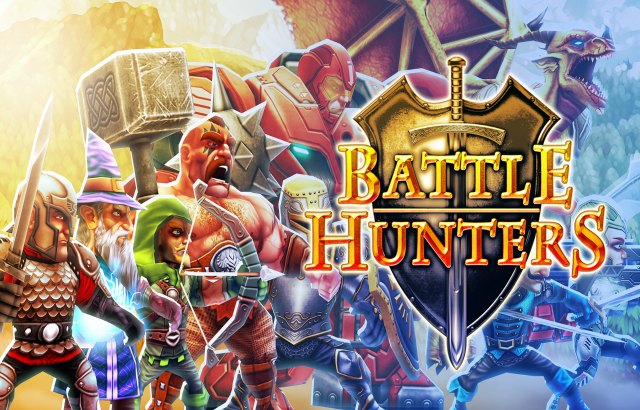 Players will command a team of adventurous heroes, plunging headlong into dungeons, caves, forests and swamps as they heed the call for help from the old Wizard, and embark upon a journey beset with danger at every turn.

With a more strategic approach to combat through a combination of turn-based and real-time action, Battle Hunters gives players the opportunity to build a uniquely skilled team of 3 adventurers ready for battle. With a roster of 28 unique hero characters to discover and choose from, including the Wizard, the Barbarian, the Rogue or the cursed Dreadknight – Battle Hunters provides a huge variety of choice when deciding who to bring to the fight.
Different heroes bring a range of strengths and weaknesses to the battle, and with such a wide array of enemies to confront, the player must use the right combination of heroes to suit their own battle style, and to ensure victory.

“We’re excited to bring Battle Hunters to PC and Nintendo Switch and hope that players enjoy our classic-style RPG. Battle Hunters is inspired by great RPGs of the past, but we think we’ve brought a fresh approach and some genuine innovation to the gameplay.” – Dan Tonkin Co-Founder of Phase Two Games.

Players will face off against devious goblins and lumbering trolls, as well as vicious gargoyles and unstoppable stone golems so creating a formidable band of heroes with the right skills can make the difference between defeat and victory. Battle Hunters is an adventure created in the style of older classics, with a new approach to combat, character classes and abilities.

A free demo can be downloaded from the Battle Hunters page on Steam.  Check out the trailer below: