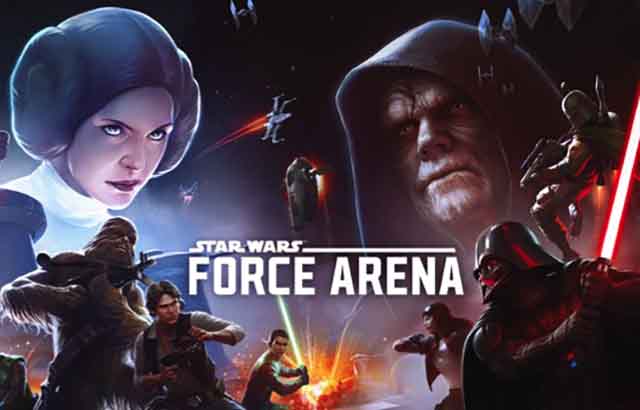 Developer Netmarble Games has finally launched their Star Wars themed MOBA. Star Wars: Force Arena. The game was first announced in November 2016 during the G-Star convention. The new MMO game is exclusive to mobile devices and the developer isn’t looking for a PC release right now.

The game was first soft-launched in November 2016 where it was named “Star Wards Battleground”; it was only released in Signapore and Australia at the time but the newly re-named game has now been released in over 150 countries. Users who pre-registered for the game on the official website should receive their rewards very soon. Android owners will be receiving the most rewards with a hefty 10,000 bonus credits and several other rewards.

The soft-launched version of the game was formed from a small portion of the full game but lacked some features. Anyone who downloads the full version of Star Wars: Force Arena will be able to play as an Imperial or a Rebel. Players can create their own squad of fighters using real Star Wars characters from the popular universe. There are over 80 characters to select from when building a team and a range of other cards to support different playstyles.

several gameplay modes including a 1v1 and a 2v2 battle arena. In addition to this, the developers have confirmed that there’s a “Guild Mode” where players fight to defend their faction. Players are separated into different ranks which determines their reward at the end of the season. Details about the leaderboard are still a little uncertain right now but players can compete for spots in the higher ranks.

The new mobile MOBA is now available for free download on both Android and iOS devices. Netmarble should completely finish releasing the pre-registration rewards soon and there is no news yet about potential content expansions.