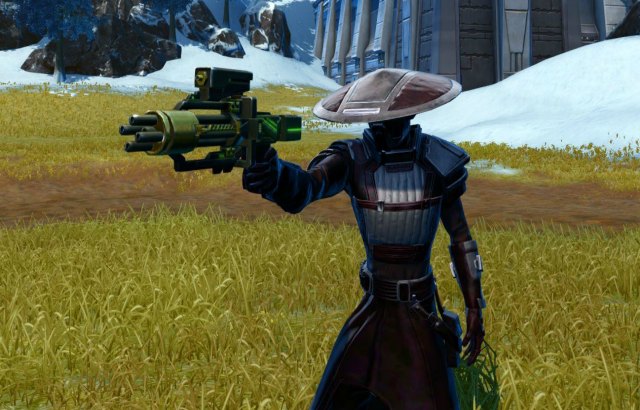 Star Wars: The Old Republic has shared an official update on the in-game events that players can expect this January. Having launched its Onslaught expansion last year, BioWare are following it up with a couple of events before the next update hits SWTOR. And as a reminder, the Bounty Contract Week event officially ends today, 7th January so be sure to wrap up what you need to before it goes away.

The remote planet Dantooine has been thrust into the center of escalating hostilities between the Galactic Republic and the Sith Empire. Spurred on in secret by covert Imperial forces, the Nova Blade pirates have staged an all-out attack on the pastoral Republic world. As the Republic scrambles to defend this key territory at the edge of Imperial space, the Empire plans to capitalize on the chaos and deal a major blow to the longtime Republic bastion.

Explore Ilum’s contested area in the Western Ice Shelf to uncover the mysterious purpose of the Gray Secant, an enormous ancient Gree starship. Get ready to face a powerful opponent that awaits you at the center of this ancient vessel. Visit the in-game News Terminal located on Carrick Station in the Republic fleet or Vaiken Spacedock in the Imperial fleet to get started on your adventure!