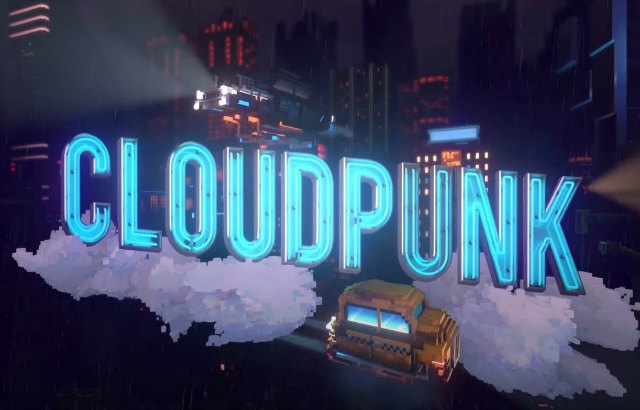 Cloudpunk, a stylish story-driven cyberpunk game with a unique voxel aesthetic is launching on Steam for PC today for $19.99 / €19.99 / £16.99 with a 10% launch discount. The title is highly anticipated, with over 120,000 Steam Wishlists, and will also launch on Nintendo Switch, PS4 and Xbox One later this year.

You can watch the new release trailer here.

Cloudpunk is the story of a courier driver for a semi-legal delivery company based in the sprawling city of Nivalis. From the Marrow below to the spires that pierce the edge of the troposphere, a rain-soaked neon metropolis is waiting to be explored. No delivery job is too dangerous, and no one is faster than a Cloudpunk driver.

In this story-based cyberpunk game players will meet a diverse range of characters including androids, AI and unscrupulous humans at every level of society. Everyone has a story to tell, and in the course of one night in Nivalis, everything will change.

“As massive cyberpunk genre fans,we had plenty of chances to make a game about shooting people in a futuristic city. With Cloudpunk we wanted to instead focus on what it’s like to experience a cyberpunk city, to live in there as a struggling delivery driver” says Marko Dieckmann, studio head of ION LANDS. “At its core, Cloudpunk is about what it takes to make it in a city. Whether that city is New York in the ‘80s, San Francisco today, or some futuristic city a thousand years from now. The richness and character and struggles are familiar to everyone everywhere.”