Survival MMO Population Zero Is Launching This May On Steam

Survival MMO Population Zero Is Launching This May On Steam 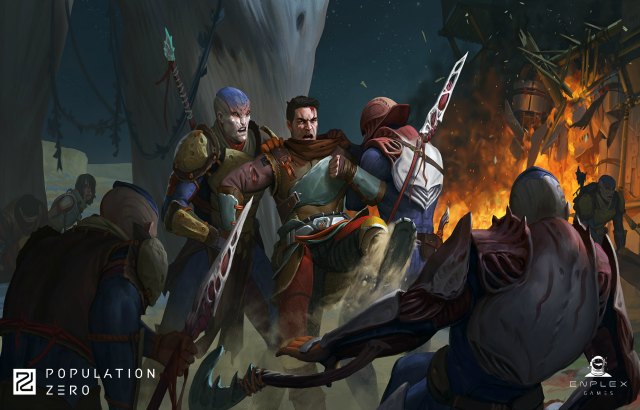 Enplex Games, the makers of upcoming survival MMO Population Zero, have announced the shift to paid distribution model and an early May 2020 release on Steam. An ambitious blend of exploration and MMO with a slice of survival in the remote and seamless world of Kepler, Population Zero will be released as a buy-to-play title on May 5 via Steam Early Access – the most trusted and convenient game marketplace in the observable universe. Players are already able to add Population Zero to their Wishlist.  Those who wish to get added cosmetic bonuses and guarantee access to closed beta events can pre-order the game on the Official Site.

From the beginning, Population Zero has been focused on narrative-driven survival in a harsh alien environment. The main plot with various side quests and numerous non-playable characters eager to shed light on Kepler’s mysteries have attracted fans of classic sci-fi.

In order to make life on Kepler have purpose, Enplex Games is adding a “win condition” which binds the story and survival mechanics together. When players log in this May, they’ll now have seven days to survive and prosper before Kepler becomes unlivable and the survivors’ DNA is changed irreversibly. The players’ goal becomes about constructing a safe haven before this cycle occurs, and every seven days, players will have to restart their adventures on Kepler, bringing with them not only the knowledge of their past lives, but also other account-based progression rewards. As cycles come and go, Enplex will add new mysteries, new mechanics, and new regions to be discovered.

In addition, Population Zero is changing from a free-to-play monetization model, and instead launching as a buy-to-play game at the price of $29.99 USD with a 10% discount for the duration of Early Access. This decision is one that was made in an effort to make the best possible game for players, without fear of becoming “pay-to-win”. Everyone who purchases the Early Access version of Population Zero will receive bonus cosmetic items and perks as a special thank you from Enplex Games, as well.

“The decision to change the monetization model from F2P to a one-time purchase has been made after a series of thorough discussions within the team and core community,” said Enplex Games Creative Director Denis Pozdnyakov. “The shift to B2P will allow the studio to continue the work on the game without fears of ‘pay to win’, as well as allowing us to release new game content that really enhances the gameplay.”

Population Zero will offer purchasable items to make their characters the most fashionable colonists in Lyra constellation, but such items will be purely cosmetic, and never affect the actual gameplay on Kepler or its colonists’ abilities.

More details on Population Zero during PAX East which will be held in Boston, MA from February 27th till March 1st. Interested gamers and press can come by Booth #13074, right next to Nintendo, to see Population Zero for themselves.