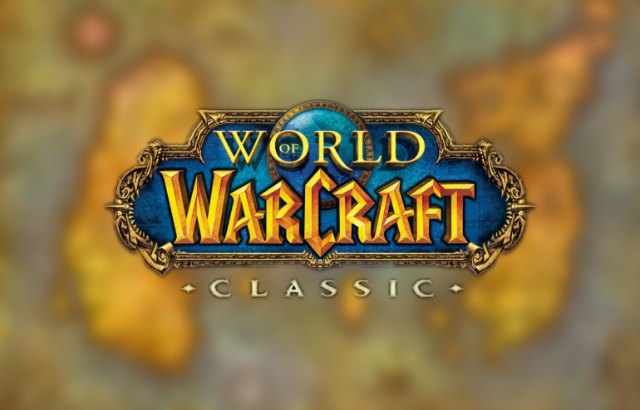 World of Warcraft Classic: all the buzz, hype and nostalgia has exploded and its brought all of us back to where it started (for most of us). The most popular MMORPG in the world has now given players old and new a way to re-live the glorious moments of the vanilla experience. I’ve been playing casually since launch and coming into it, while I was aware about the key differences between vanilla and retail, I’ve not dabbled in private servers so this was almost as good as playing it for the first time way back in 2004. So here’s some impressions of my time spent on WoW Classic so far.

One of my favorite things about classic so far is the difficulty as a solo player. Right from the tutorial onward, everything about modern MMO questing systems in respects to the way you’re spoon fed information about where to go and what to do, disappears. If you’re not reading quests texts and paying attention to detail, things can become a little confusing especially if you’ve never played WoW before and assuming you’re not looking up guides and tutorials on the internet. I’m not doing the last one of course, I think that’s the best way to play Classic, because it makes you come out of your shell like in my case, I’ve had to interact more with other players around me and that leads to point number two I’ll touch on later on. The difficulty also encompasses the gameplay – yes it’s a dated game and that’s intentional. The combat’s slower, depending what you’re doing, you can’t pull more mobs at once like you would on the live version at around the same level, and all of that adds to this sense of danger, that yes, I could die very early on leveling my character if I’m not careful, or not managing my Mana and pot use efficiently, and that’s somewhat exciting for a theme park MMORPG and what’s cool is that I felt that way so early on in Classic, and that’s missing from most modern MMORPGs, never mind the early levels, but in general and in large parts of the leveling experience. 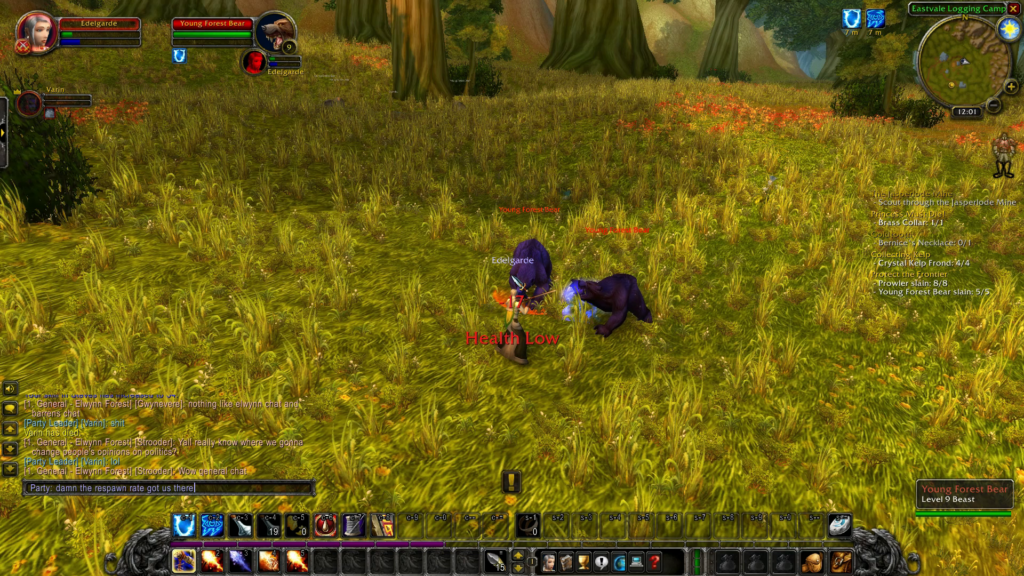 I’ve died a few times in Classic, and that actually made me happy because it teaches me to not make similar mistakes, and it sets a precedent of what to expect as you continue to level in harder areas with higher density of mobs. The openness of the leveling in Classic has also made me approach progression in a different way. For example, crafting. Knowing money was hard to come by in the early days, I put my leveling on hold and set goals for myself to enrich the overall experience of actually accomplishing something. I farmed mats for hours on end, and then begin crafting bags for myself and to sell as side income. Again, these are things I wouldn’t normally do in MMORPGs especially not so soon after creating a character, but Classic demands that you explore these avenues whenever you can. The RPG element is also there, and I like seeing how old-school some of these systems used to be, like proficiency in the skills that you use, and class traits, and there’s a real sense class progression here that while different on the current live version, it’s engaging enough to know that you’re making a difference through the way you play your class.

And then there’s the WoW Classic community my point number two and one of the major reasons why I’m enjoying the early leveling in Classic so much. Here we all are, legions of starved and nostalgic current and former WoW players mixed in with new comers, all converging in this MMO to once again, to the bring the glory days back to life. It’s super populated right now across regions and realms, and while that may sound normal, anyone who’s playing on Classic at the moment will tell you, something’s different about this. There’s a different vibe in the air when it comes to the playerbase, and it’s not new but it’s certainly been missing from retail WoW and other modern MMORPG games today. 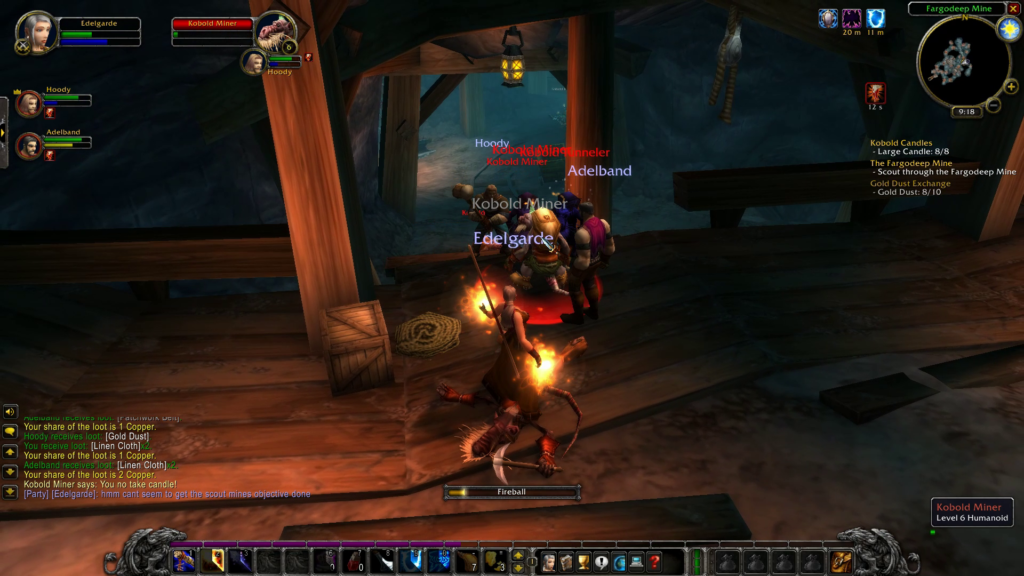 It’s that closely knit MMORPG community feeling, where players rely on one another, interact more, and willingly or unwillingly help each other through the game’s content, that’s the key ingredient in all of this. This is what’s tugging at my nostalgia strings – not the Classic gameplay as I’ve never played it launch, but this – a community so in-tune with itself, the world and the adventures we’re sharing together. It’s positive, it’s infectious and it’s what’ll keep players playing the content down the line. Yes, there are negatives, yes there’s toxic here and there, but that’s being drowned out thanks to how awesome the community in general is. I’ve been helped by passer-bys and folks just waiting at certain checkpoints to either group up for group quests or to just lend a hand, I’ve been given free stuff for no reason at all, and to return the favor and make myself feel a part of this, I’ve stood at Goldshire for quite a bit, throwing buffs to players coming to and fro, and it’s stuff like that which takes me way back to when I first started playing MMORPGs, when these huge shared online worlds felt alive not because of how much content or levels there is, but because of the playerbase that populates it and what they do. 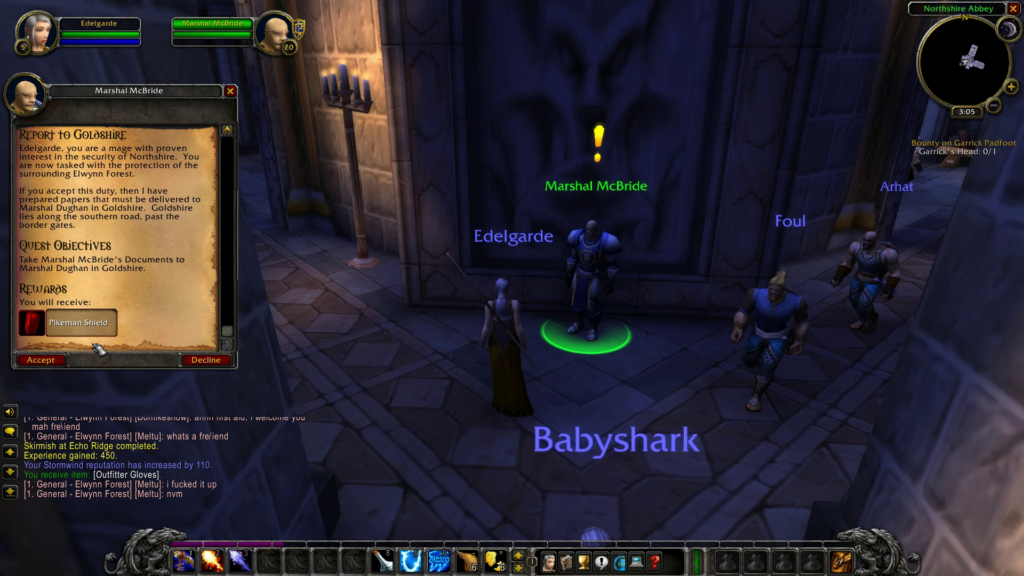 I’ll go so far as to say, WoW Classic without the current community playing it, would be a totally different game, just another private server somewhere in the depths of the internet.  While the community experience differs from server to server, there’s a constant that exists, when it comes to the unspoken etiquette of socializing in Classic. We’ve all seen the stories at launch of how players were forming queues to tackle quests which is unheard of today in other games, and how Classic’s been reuniting old guild mates and friends, lost through the miracle of time as the years went by, these are the things that makes Classic a unique experience, and one that I find myself really enjoying because I never had this back then, and there’s so many stories you hear about Barren’s Chat and things like what, which I’d like to see up close. Classic has really nailed in the MMO portion of MMORPGs back in again, and it’s reminding us all how much fun an MMO can be and should be, regardless of how dated the graphics look, or how primitive its gameplay systems  are.

Would I recommend it for players who have never experienced vanilla? Definitely, since its still new which is funny to say considering the age of this version of the game. Look the content is probably something you’ve seen and done before so you’re not going to be wow-ed over by that, but in the company of this community, there’s every chance you’ll find yourself getting sucked in like everyone else. And I just wish I was young again with no responsibilities to just no life Classic, alas not possible, but I’m still having fun with what little time I have to spend here.