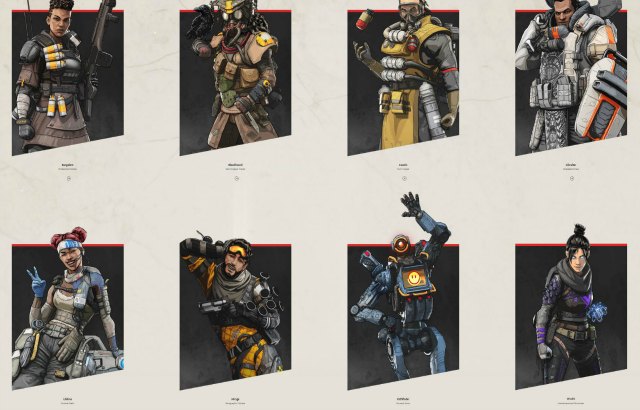 Apex Legends is a brand new free to play battle royale shooter by Respawn Entertainment. The makers of the Titanfall franchise pulled this rabbit out of the hat last week, and the game has soared in popularity. It hit 10 million players in just 72 hours, which should give Fortnite and PUBG something to think about in the long term. The game lets you play as heroes called Legends, each with their own unique skills, abilities and personalities. Therefore, here’s our take on which are the best to play.

Simply put, Lifeline is probably the best and most popular Legend in Apex Legends. She’s a healer and support class first and foremost, which means every squad must have one. And for squads that don’t, you’re just making it harder for yourselves. Lifeline’s key abilities includes reviving teammates 25% faster and can place a barrier while doing so. This is a key component that should be leveraged as downed players can be finished off and then it’s even harder to respawn them. Her other excellent ability is being able to call down a defensive air drop, filled with excellent supplies that could change the outlook of a match late in the game. 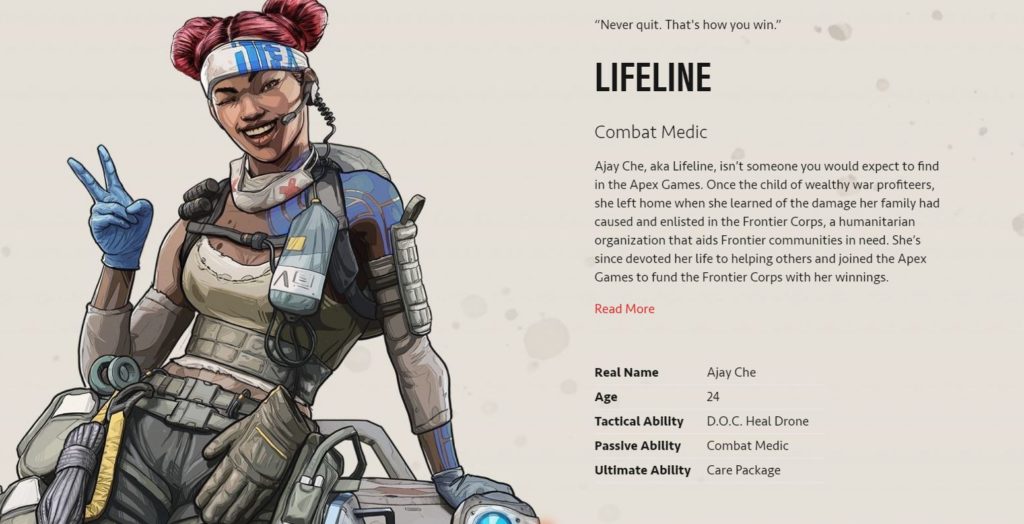 When it comes to fun and diverse gameplay, Bloodhound stands out. This Legend not only looks cool, but has a range of abilities in his locker for both yourself and your squad. He sees through smoke grenades so that’s a plus, but you’ll probably use him more as a spotter, as that what he excels at. And not forgetting his ultimate ability, which increases the movement speed for half a minute. This is incredibly handy for getting out of tight spots or rushing a respawn. 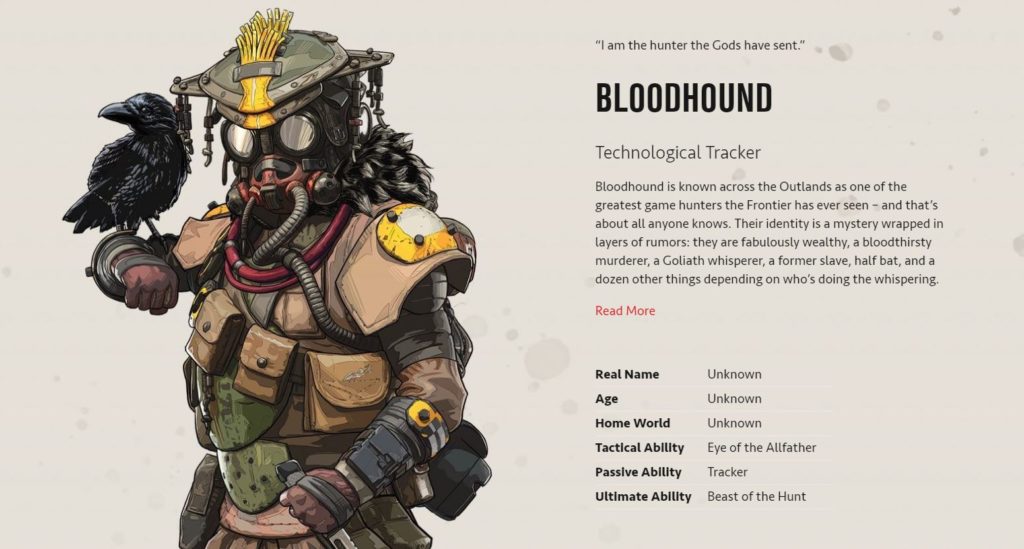 Like Lifeline, Gibraltar is an excellent squad player, but not as mandatory as a healer. He’s a tank so that means he soaks damage better than most, and his Dome of Protection skill is a life saver in most situations, or used to push attacks. Don’t back him into a corner though, as he can call in a massive bombardment from the air that does damage to everyone in an area and it doesn’t friendly fire. 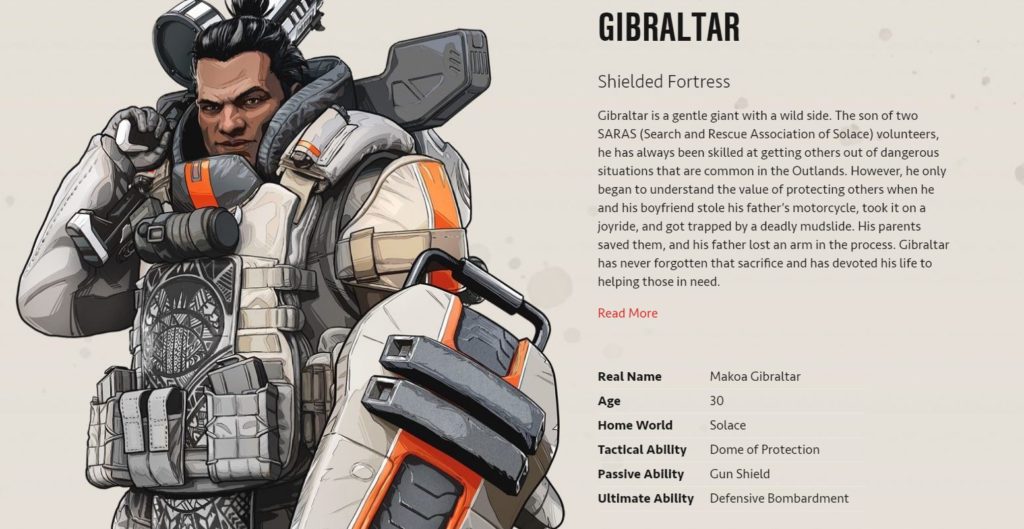 For players looking at Legends with high mobility, Bangalore is it. She’s very capable at dishing out damage and in true run-and-gun style, her abilities complement that play-style. Bangalore can unleash smoke grenades to cover impending offensive pushes, or to make a quick getaway. Just be careful, Bloodhound sees right through smoke. But being able to veil Lifeline or a team mate that’s reviving another is a huge boon for squads, and that’s good. 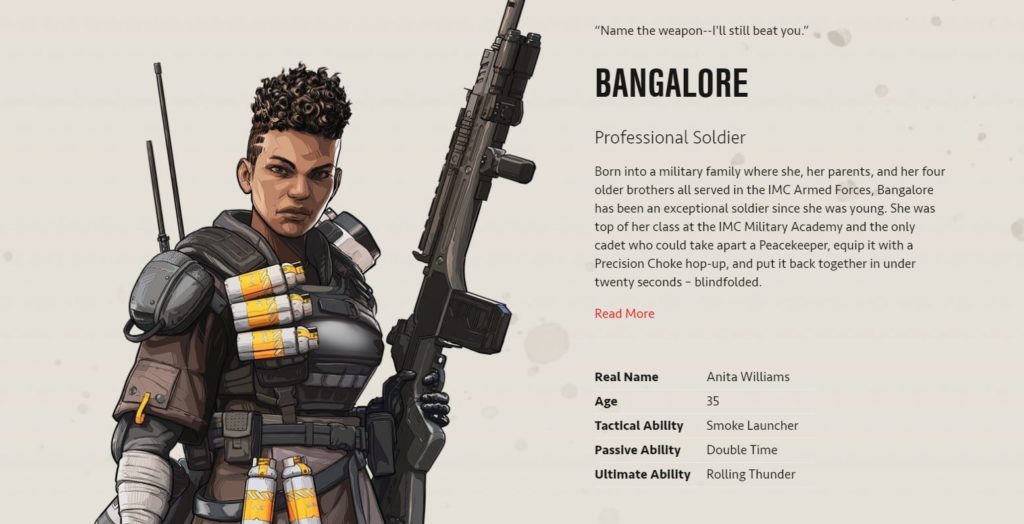 Rounding up the list is Wraith, a Legend that has the tools to make your squad incredibly mobile and unpredictable on maps. Be warned, this Legend has a high mastery curve, but once gotten the hang of, can absolutely turn engagements in your favor. The Rift ability can be exploited to help your squad defilade in situations to turn defense into offense. Her grapple hook thing is also incredibly handy, but communication is required as it doesn’t last long. Wraith reminds me of the Mesmer class in Guild Wars 2. In WvW, its support abilities are absolutely amazing for fights, and a highly skilled Wraith player is a threat. 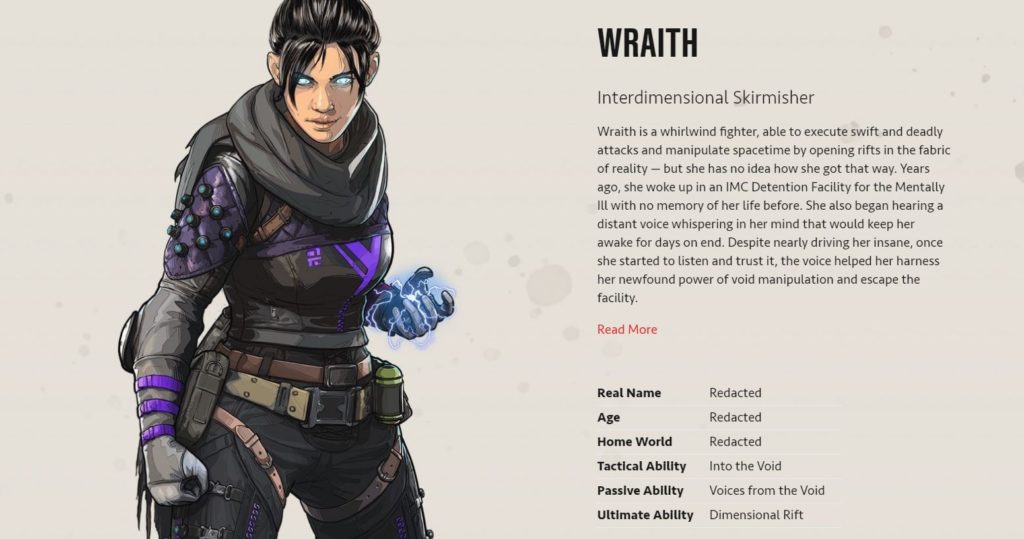 While there are three more Legends left out of this list, that doesn’t mean they’re bad. These 5 are the most popular Legends in groups right now, but that can change in due time so watch this space!