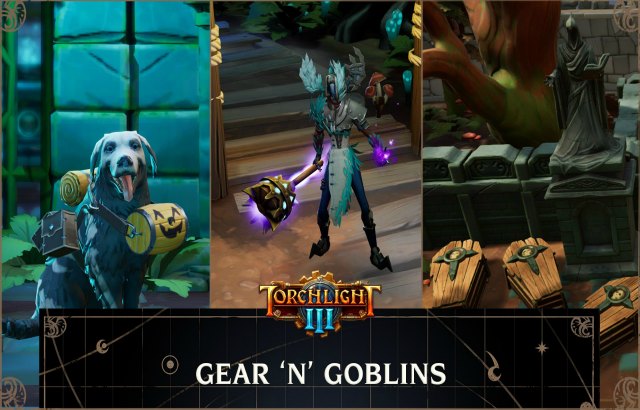 Torchlight III has launched a brand new update in time for Halloween, Gear N Goblins! Here’s a breakdown guide of what it includes!

This update spawns brand-new content in the recently-launched, fast-paced dungeon crawler, including three new Halloween-themed exclusive pets, eight new Legendary items — including two new weapons, and a gear set that provides two new skills — that can be found in Fazeer’s Dun’djinn, and six new, eerie fort decorations. This special Halloween-themed content is haunting all versions of the game, which is now available on Steam, PlayStation®4 and Xbox One — and will be available soon on Nintendo Switch™. 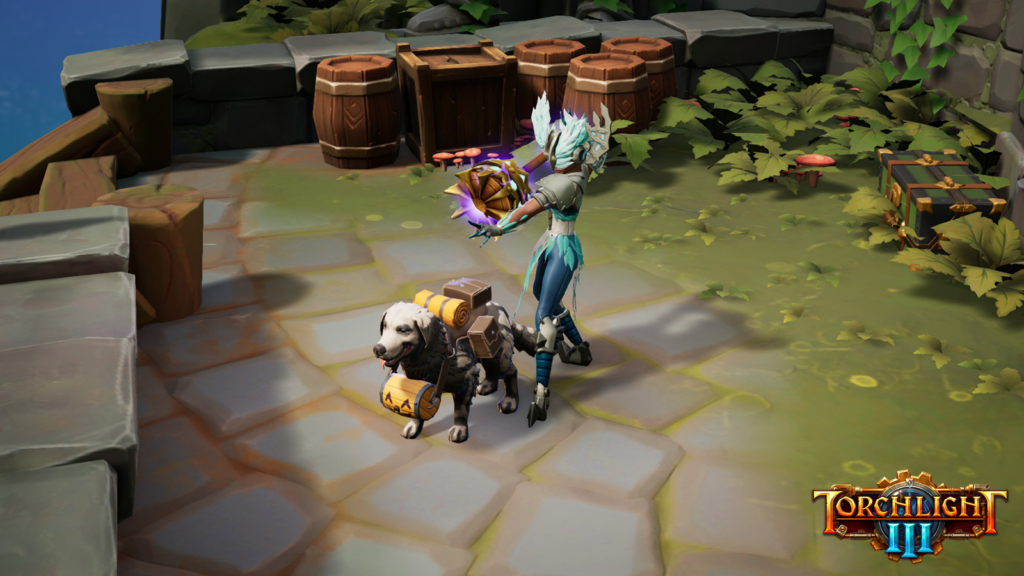 The three new pets – the Midnight Cat, Dragonling Spirit, and the Spooky Retriever – can be rescued from dungeons and bosses, and come with a new legendary pet skill, Necropupper. This ability summons two skeletons that last 12 seconds, deal 50% weapon damage and have 50% of your health. These spooky pets will only be available until December, so players will need to track them down before then!

The new Ancient Ember gear set, a Relic-focused set, provides two new skills: Imbue Relic, which restores all Relic Energy and resets Relic skill cooldowns, and Earthen Spike, which conjures spikes from the ground that deal 100% weapon damage to a nearby enemy when an Active Relic Skill is activated. 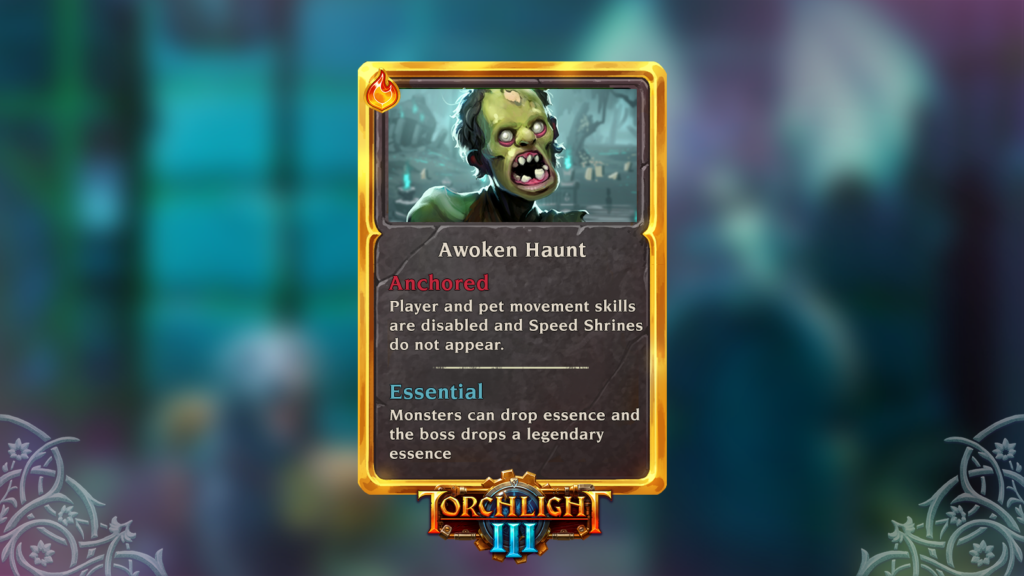 Additionally, this update will bring two new weapons to the game. The Sword of the Lost Legion grants a new active skill that allows players to summon a battalion of ghostly skeletons, while the Lightning Baller mace fires a large shock bolt that splinters into smaller shock bolt projectiles.

Players looking to deck out their forts to fright and delight their visitors will find that there are six new fort decorations to unlock, as two new fort items have been added to each of three contracts in the multi-tiered contracts progression and reward system that lets players earn Fame and unlock elite items. These items can be found listed below, sorted by contract.

The update also introduces a number of quality of life improvements, including two new added affixes to Fazeer’s Dun’djinn: Anchored and Essential, the ability to buy Respectacles — special items players can use to respec their builds — in town via potion vendors, along with bug fixes.

Torchlight III is the successor to the ARPG cult classics, Torchlight I & II, originally developed by Runic Games. This fast-paced dungeon crawler brings fans back to the beloved Torchlight universe to hack and slash their way through a brand new world filled with hordes of goblins, undead and other dangerous Netherim creatures. Adventurers can party up with friends or venture into the vast wilderness alone, where they will find loot, explore dungeons, collect epic gear and build their very own fort to show off to the world. Torchlight III features four unique hero classes (Dusk Mage, Forged, Railmaster and Sharpshooter), plus a myriad of new and familiar combat pets to help players fight their way to fame and glory.