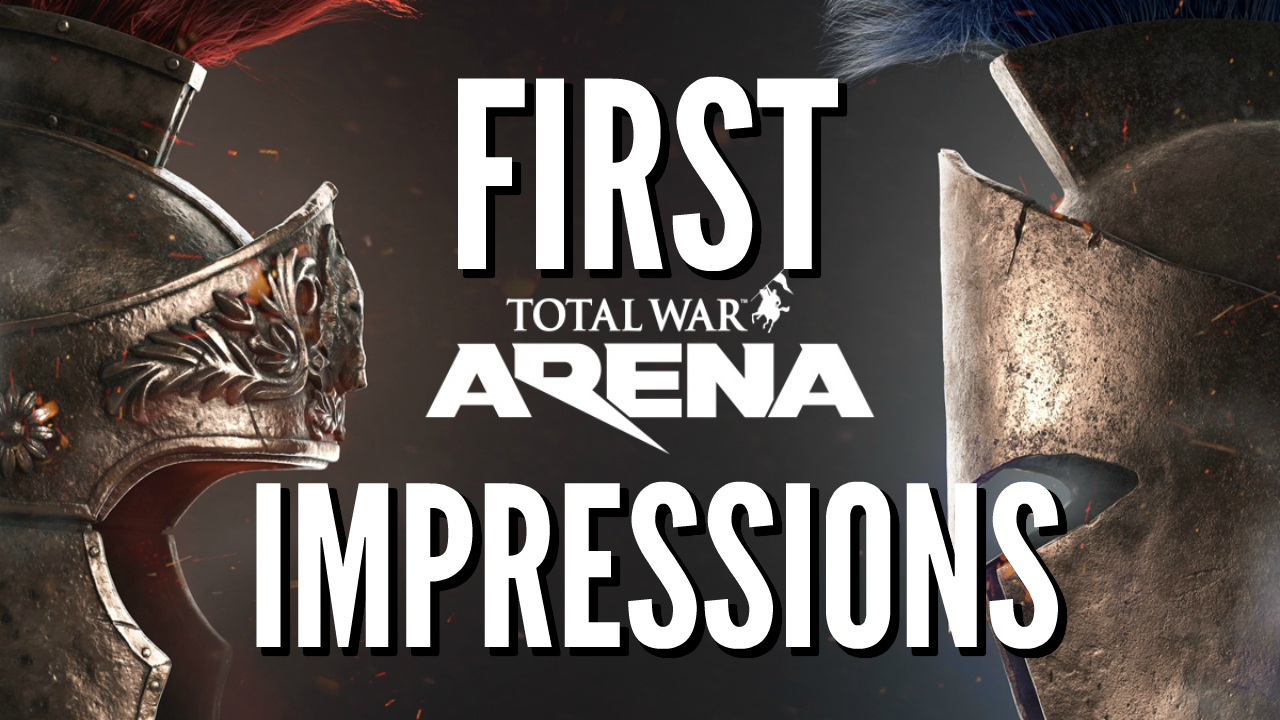 Total War Arena is unique. It’s a result of a collaboration between creative assembly who are known for masterful strategy RTS Total War games, and Wargaming.net, creators of World of Tanks, Warplanes and Warships. Total War Arena is currently in closed beta, and we’ve taken a look at it in its current development stage, and share some thoughts about our initial impressions of the game.

For starters, what is Total War Arena? The game is as you’d expect, set in a historical period where players can play as commanders of three different empires, the Romans, the Greeks and the Barbarians. In true Wargaming fashion, you’ll get to select your commander of choice for battle, and control three units in matches with friends against ai or human opponents.

Every battle has familiar objectives, especially if you have played other Wargaming titles. You’ll need to capture the opponent’s base by moving your units in the capture area, and there are other ways to win as well, such as eliminating all enemy units or having the most amount of units alive at the end of the countdown timer. Matches can be a spectacle because you’re part of a team. So it’s a 10 vs 10, where each player has 3 units to control, so imagine the mayhem. And that’s just the surface.

As the commander of your units, you’ll gain access to unit skills that you can toggle in battle. The higher your commander’s experience and level, the more skills you unlock. From a Total War perspective, you’ll be quite at home with the battle mechanics for units as well. Each of your units contains about 100 soldiers, and each will have a morale and health bar. Tactics and battlefield maneuvers such as flanking enemies will greatly decrease enemy unit morale bars and make them flee. So all your experience from playing past Total War games will come in handy during the actual battle.

But that’s where the line between what we know of from past games gets drawn. Due to it being an MMO now, there are new progression mechanics in place that relies a lot on the blueprint of Wargaming games.

To ultimate become competitive and effective in Total War Arena, you need to play matches to gain experience points and silver. These two currencies will be hugely important for your progression. In true Wargaming fashion, the three empires you can play as does have individual tech trees. Within them, you can unlock better units as your commander progresses in rank with experience. Unlocking new units from the tech trees will cost experience points and silver.

There’s a third currency called Gold, that requires real money transaction. You can then use gold to convert into the other two currencies to progress quicker up the tiers provided your commander has the right rank. Therefore, one could argue that there are elements of pay to progress, just like all the other Wargaming titles out there.

The progression itself is pretty deep, which is great. Each empire has 10 tiers to progress towards, and loads of new units with new abilities to unlock and use in battles. This gives players a lot of diversity and strategy to play with. One can only hope that the matchmaking is fair, because if new players get paired with or against higher ranked players with better units, matches can be severely unbalanced.

It’s Not All About Killing

From a historical point of view, I like that at least Total War Arena is doing its best to offer an authentic Total War experience. Every unit has detailed descriptions of their usage in history, which is great for history buffs. Elsewhere, aesthetics are pretty good on the highest graphic settings, and the game does have an epic soundtrack especially in battles.

Ultimately, is Total War Arena fun to play? Indeed it is, because it combines the best elements of Total War strategy with the competitive mechanics and deep progression system we like from Wargaming. The game will probably be free to play at release, and right now in closed beta, a lot of these are subject to change in the near future. So let us know your thoughts, are you excited for Total War Arena?