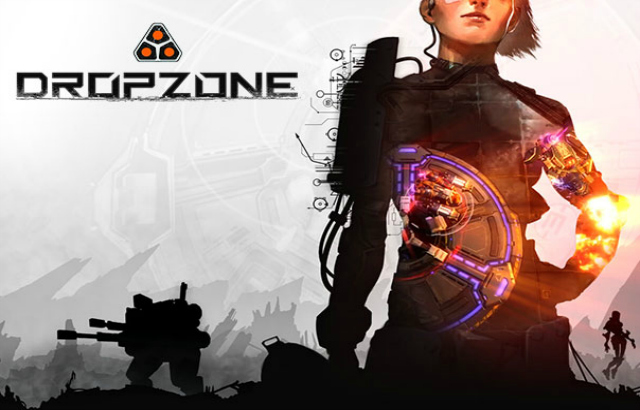 If you enjoy games like Atlas Reactor, then Dropzone will interest you folks.

Dropzone is a new hybrid MOBA with real time strategy elements and it has just entered Steam under Early Access. The game’s combination of the two genres is a refreshing mix on an overcrowded market.

A lot of what the game’s developers, Sparkypants say do make sense though. Most MOBAs are born with game play roots and mechanics that date back to real time strategy games.

Titles like Dota, HoN and League of Legends all started this way. What Dropzone has done integrates the two genres together to combine the best of both worlds.

For starters, players will no longer control a single hero character. They now have several units to control and fight against the opponent and their units.

From the trailers and snippets, you can see that the intensity is definitely there. Because it’s more than one thing you’re controlling, the game has a lot more micromanagement. So there isn’t any downtime and you’re always moving and making tactical decisions every second during a match.

What I also like are the visuals of the game itself. It’s very thematic and the units and map reminds me of the good old Starcraft days. It is a mix of DOTA, Starcraft and some LoL all thrown in together and the result looks interesting.

At the moment, there isn’t any information on a possible release date or price so let’s hope that the early access goes well. For strategy lovers who also enjoy MOBAs, keep your eyes on this one because it has the potential to give you countless sleepless nights.