Voxel MMO Elteria Will Be Playable During Steam Game Festival

Voxel MMO Elteria Will Be Playable During Steam Game Festival 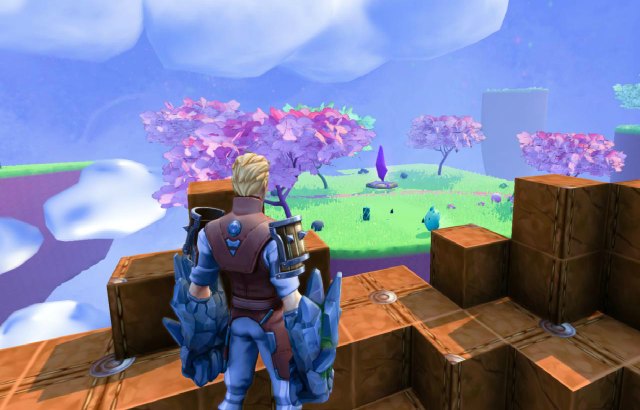 Elteria Adventures is an upcoming massive online sandbox RPG set in a colorful voxel world full of impossibly cute, but deadly creatures. The game will be opening its doors to any and all players for one week only during the Steam Game Festival, starting on June 9th.

Speaking about the Open Alpha, Eva “Leraine” Sachkova, сo-founder of Elteria Team said, “It’s impossible to develop innovative MMO without feedback and suggestions from the community. Steam Game Festival presents us with a perfect opportunity to show Elteria to a wider audience. The game is still very much a work-in-progress, but we invite everyone to join us as we plan to stream and play together during the Festival”

The small indie team behind Elteria Adventures first gathered together back in the day  to create a custom Minecraft server featuring new creative additions that proved to be extremely popular. Some of that influence can still be seen to this day – including Elteria’s voxel-based building system. With the constant and impressively varied game updates featuring anything from additional fun classes to entirely new, and sometimes game-changing and grind-reducing mechanics and long, lore-exploring story lines, it is evident that the developers put players’ creativity and freedom as their first and foremost priority.

You can catch Elteria Adventures’ open alpha during Steam Game Festival (Summer Edition), from June 9th to June 15th. Add the game on Wishlist in order to not miss out!